The College of Psychiatrists of Ireland > Blog > Blog > Should we be worried about Eco-Anxiety?

Should we be worried about Eco-Anxiety? 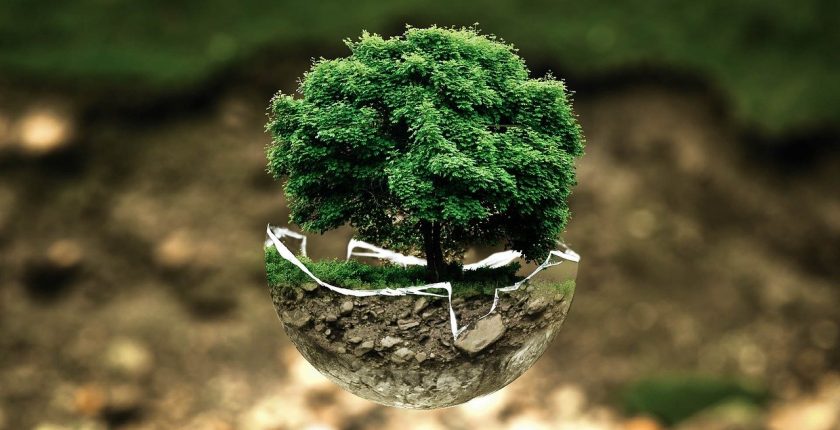 Psychiatry trainee Dr Molly Bredin discusses the very real fear around the climate crisis, what happens when this anxiety impacts our ability to actually react to this threat, and what it has to do with psychiatry.

This article was originally published in Think Tank, a quarterly newsletter for Psychiatry trainees by the CPsychI Trainee Committee. This issue focused on sustainability.

We are all increasingly aware of the climate crisis and its potential impacts on future generations. Whether we recognise it in ourselves or not, this impending disaster is fostering a new kind of anxiety. Unlike other forms of anxiety, which generally involve an overestimation of threat and an underestimation of our ability to cope with this threat, ecoanxiety is based in a very real fear about what we can see is already beginning to happen to the world around us. You could say that we should be anxious. As Greta Thunberg proclaimed ‘I want you to panic and act as if the house is on fire.’

But what happens when this anxiety becomes an issue that actually hampers efforts to manage this threat; and is ecoanxiety something that is actually relevant to us clinically as psychiatrists? The American Psychological Association produced a 69-page report ‘Mental Health and Our Changing Climate’ in 2017 looking at the wide ranging impacts climate change can have on the psyche. So it looks like this is a growing area we need to pay attention to.

Ecoanxiety is based in a very real fear about what we can see is already beginning to happen to the world around us. You could say that we should be anxious.

First let’s look at the impact of climate change on mental health in the broader sense. Imagine the range of psychological difficulties that could arise from having your home washed away or experiencing the effects of an extended drought. While the deaths of loved ones or the loss of material possessions can cause a whole host of mental disorders which we are already familiar with, these disorders occurring as a result of what feels like an overwhelming and uncontrollable climactic force give the psychological effects a new flavour. The various impacts of climate change on mental health have been explored extensively in research.

Tunstall et al (2006) looked at the health impacts of flooding across locations in England and Wales. They found that psychological impacts were more commonly reported than physical effects and that people who had experienced significant flooding self-report long-term impacts (such as anxiety when it rains) for up to five years post-flooding.

Whaley et al (2009) looked at the psychological effects of Hurricane Katrina and estimated that 20–35% of survivors experienced some form of mental health issue following the hurricane. Rhodes and Chan 2010 found that following Hurricane Katrina almost half of marginalised community members of New Orleans showed signs of probable PTSD. While one could and often does view natural disasters as ‘acts of god’ which can result in a coming together of human beings pushed to the edge of survival, our view changes when we see these increasing natural disasters as, at least in part, a result of human behaviour.

But what about the less direct impact of climate change, the effects on those that are at a distance from actual natural disasters but who feel a similar sense of anxiety. Glenn Albrecht, an environmental philosopher suggested that ‘Ecoanxiety’ refers to the anxiety people face from constantly being surrounded by the wicked and threatening problems associated with a changing climate. He describes how mental health and wellbeing relate to the ecosystem, a term known as ‘psychoterratics’ which encompasses ideas such as sostalgia – negative reactions brought about by a sense of powerlessness over the unfolding environmental changes, and ecoparalysis – The feeling you can’t do anything about any of it, appearing as apathy, complacency or disengagement. In this way anxiety can actually make us less likely to make changes that could result in reversing climate change.

So it seems that success in tackling ecoanxiety lies in the sweet spot between not caring and worrying so much that you feel paralysed. A factor which no doubt inflames this anxiety is the apparent ignorance of some public figures about the very real dangers of climate change which makes people who are concerned feel as if all the control lies in the hands of those that don’t care. If there’s one scenario that breeds anxiety, it is feeling out of control.

So how do we use our ecoanxiety for the best and if this is to become a growing mental health issue how do we support patients? In their report the APA talk about some things we can do that not only improve the environment but can also improve our mental health eg commuting to work by biking or walking can reduce stress and other mental illnesses as well as improve cognitive function and academic performance. Using public transport can create opportunities and networks to increase community cohesion. Green spaces encourage positive social interactions as well as providing obvious environmental benefits.

The APA also suggest general strategies to improve our mental wellbeing in the face of climate change such as building belief in one’s own resilience, fostering optimism, cultivating coping and self-regulation skills and promoting connectedness to family, culture and community. In many ways this is no different to the approach to any form of anxiety. They advise that mental health professionals, particularly those that work in areas of the world likely to be directly impacted by climate change in the here and now, become ‘mental health related climate literate,’ engage other professionals, be vocal leaders within the community and support national and international climate-mental health solutions. In Ireland a first step might be to join an organization such as Irish Doctors for the Environment, a branch of doctors in Ireland who aim to create awareness, interest and implement action around environment health and the impact it has on our patients’ health.

Whether you believe that anxiety about our environment and changing climate is a significant issue in Ireland – it’s not something that has really been formally researched yet though we know it’s a key issue for children and teenagers and it’s changing the way adults vote- ecoanxiety is going to become relevant in our lifetime. Maybe you don’t see it as a clinical issue but it’s certainly part of being human in 2019 and working in mental health we need to keep abreast of the issues impacting on peoples’ lives as a whole in order to best support them.

www.ide.ie Irish Doctors for the Environment