A warning on the failure to take cannabis use seriously 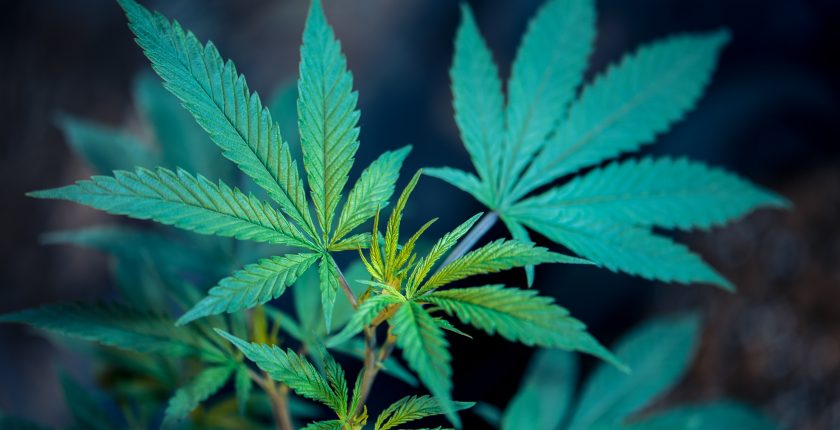 Dr Bobby Smyth, a child and adolescent psychiatrist working with teenagers affected by addiction, speaks to Niamh Cahill about the need for greater awareness of the dangers of cannabis use. This article appeared in the MedicalIndependent.ie on 24/01/2019.

More than 40,000 Irish people are addicted to cannabis in Ireland yet societal attitudes towards the drug are softening.  Around a decade ago, cannabis would have been the main drug in just 30 per cent of presentations, according to Dr Bobby Smyth, a child and adolescent psychiatrist specialising in addiction in Dublin.

Cannabis is the main drug responsible for patients being seen within the child and adolescent addiction service, accounting for 80 per cent of all cases.

Between 2006 and 2009 cannabis referrals related to hash and tended to cause “low level concerns”. “Objectively, their lives weren’t massively affected by their drug use,” Dr Smyth told the Medical Independent. But this began to change over subsequent years as the chemical make-up of the drug altered to become more addictive and harmful.

“We began meeting young people whose lives were consumed by the use of cannabis. It moved from hash to what would generally be known as weed; ‘herbal cannabis’ would be the medical term,” Dr Smyth related. “They were reporting quantities of use and a pervasiveness of use that seemed completely different to previously.”

The departure of hash and the arrival of weed has meant “we are dealing with a completely different drug”, Dr Smyth said. The chemical constituents of hash and weed are broadly similar, but the two key cannabinoids that doctors pay attention to are known as THC and CBD, Dr Smyth explained.

THC is the cannabinoid that causes the negative intoxication, addictive and paranoid effects, while CBD can potentially offer medicinal value for people with epilepsy, for example.

“Modern weed is grown in such a way as to maximise the THC concentration and as a consequence it seems to minimise the amount of CBD in it, so the chemical make-up is completely different to what was around 10 to 15 years ago,” Dr Smyth maintained.

The drug that led to the creation of Dr Smyth’s role was heroin, which was a huge problem in the 1990s. At the point of treatment entry those addicted to heroin would spend about €50 to €60 per day on the drug.

“It’s really alarming we’re now seeing people spend as much on cannabis in a day as on a heroin habit,” Dr Smyth stated.

“People report using first thing in the morning and the last thing at night. It consumes their entire day. They are spending their whole day thinking about when and how they are going to get their next joint. They’re stressing endlessly about that and are fretting about how they’re going to clear their debts. The more they get stressed, the more they turn to their coping strategy, which is their drug.”

Partly because of intoxication and withdrawal effects, those using the drug become paranoid and their mood tends to “be all over the place”, Dr Smyth said.

“What their families notice is that they are tremendously angry. We run parent groups regularly and 95 per cent of parents mention anger as the main feature. It can lead them to smashing holes in walls in their room or lashing out and threatening parents.”

Unlike heroin, which was largely confined to lower socio-economic groups, cannabis use is affecting all classes nationwide, according to Dr Smyth, who deals with about 200 young people every year. Around 80 per cent of cannabis clients are male and 20 per cent are female. This is compared to a relatively equal split among males and females presenting with alcohol addiction.

Yet, despite the all-consuming effects of modern cannabis, attitudes toward the drug are relaxing instead of hardening, which is borne out by the fact more adult users are seeking treatment for their cannabis addiction than ever before.

“The number of adults presenting to addiction treatment services with cannabis addiction increased by 200 per cent in the last 10 years,” Dr Smyth said.

“Over 40,000 adults are addicted to cannabis in Ireland, which is twice as many people as were addicted to heroin at the peak of the heroin epidemic in the 1990s.

“Compare the policy response, compare the furore at the time around heroin, which was very appropriate, versus the complete shrug of the shoulders response to cannabis.”

He complained about a wider narrative that exists in society that “cannabis is not that bad” and strongly criticised the Department of Health and policymakers for failing to adequately respond to the problem.

“Highlighting the reality that lives are being destroyed by cannabis unfortunately is inconvenient for those pushing that sort of prevailing drug liberalisation agenda, which is the dominant dialogue at the moment at Department of Health level all the way down,” Dr Smyth alleged.

Dr Smyth believes an unfortunate but deliberate and orchestrated side-effect around the push to promote and introduce medicinal cannabis has been to soften attitudes towards cannabis. There are some organisations sponsored by the cannabis industry that want to legalise cannabis in Ireland and are actively trying to influence Government policy by supporting campaigns that result in a softening of public attitudes towards cannabis and drug use, he maintained.

Canada legalised cannabis in 2018, but we should avoid doing the same here, Dr Smyth warned.

“They [Canada] have the highest rate of youth cannabis use in the world, why would we be looking to them for inspiration for what we should do here? They are a perfect example of how to do things really badly in this particular regard.”

He said countries have got “sucked into” having a medicinal cannabis regime supply that becomes lax and in turn creates a “defacto cannabis supply network”.

“People then get used to the fact that this is here and available and wonder why isn’t it legal,” he explained. Groups who want to legalise cannabis fund the medicinal cannabis agenda because of this as it leads to the same endpoint, inevitably, he argued.

Dr Smyth also believes a public information campaign is urgently needed to inform people of the incredibly harmful effects of cannabis use. He said he has been left completely “taken aback at where things are going and the softening of attitudes towards cannabis” considering the devastating impact it can have on people.

Doctors who share his concerns have come together to make more “noise” on the issue and to tackle the many well-funded campaigns aimed at legalising cannabis, he revealed.

“Despite international evidence linking cannabis with schizophrenia and cognitive impairment and our own evidence on escalating cannabis addiction, public opinion of the hazards of cannabis use have softened.

“That comes down to a communications failure and that needs to be urgently addressed to ensure the general population are aware how dangerous this new, modern weed is.”

In addition to increased awareness, Dr Smyth believes more staff are required to work in addiction services to boost resources for those seeking help for their addiction.

Six posts were made available nationally last year for child and adolescent addiction services; however, more posts are still needed to address the patchy nature of services nationally, with some regions operating without adequate multidisciplinary teams.

“We should have six posts each year for the next five years to have full capacity in a national system of multidisciplinary teams capable of working with the numbers of adolescents with substance abuse problems,” Dr Smyth stated.

Treatment outcomes at the service vary. A few years ago a paper conducted within the service showed at two months follow-up only one-in-eight were completely abstinent.

“What we did manage to achieve was a significant reduction in use by those who continue to use. But that’s unfortunately as good as it got.”

Compared to international literature, the findings are consistent “with what seems to happen”, Dr Smyth said. One of the reasons for this is that teenagers who attend addiction treatment, no matter what the drug, tend to be less motivated than adults, he said. Adults will self-present, but teenagers are usually brought to treatment by someone.

“Teenagers are rarely enthusiastic about stopping use at baseline. One of the challenges is to try to work with those teenagers that are ambivalent about change to try and nudge them towards making change and supporting them on that journey. So we adopt a harm reduction approach initially as opposed to demanding that they buy into a goal of abstinence,” Dr Smyth explained.