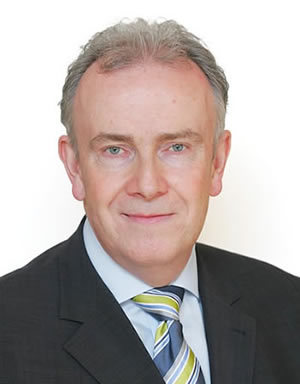 In the 1980s I was a medical house officer in a regional hospital. Caring for patients with self -harm was a disturbing existential experience for a young doctor who had seen just enough of death to wonder why anyone would try to take their own life. I remember carrying out a medical procedure for a patient in the ICU one day when she told me that she wanted to have ECT. She explained the depths of feeling that had led her to overdose, the suffering she had been going through from depression and the lack of improvement she had experienced on medication. She contrasted this to her previous experience of ECT and resultant return to a normal life. She believed ECT would lead to recovery.  I was amazed that ECT, which I then perceived as a barbaric procedure, was a source of hope for an intelligent woman. My amazement was probably founded on my experiences as a medical student in a large institution and the representation of ECT in the film ‘One flew over the cuckoos’ nest’.  The latter portrayed ECT as a punishment that in no way provided a route back to normality. The story I heard that day suggested that my knowledge of ECT was wrong. My bias might have caused me to steer her away from a potentially lifesaving treatment.

Several years later I started Psychiatric Training. Misgivings about ECT were further tempered by the successful outcomes I saw for many people whose illness had been resistant to other treatments. I was also reassured by the environment in which treatment occurred. ECT was given with respect in well managed clinical areas by clinicians trained in ECT and anesthesia. Since becoming a consultant, I have rarely prescribed ECT but I have prescribed it with effect for patients who had severe illnesses unresponsive to medication. I have seen people thought mute and incurable respond and return to a full life. The international research tells us that, like all treatments, ECT has side-effects. However research and experience also tells us that ECT is a successful treatment if used for the correct indication in the correct circumstance. People need not be frightened by myths and sensational representations of punitive practice. Modern clinical developments and best practice recommendations  consign these fears to history.

Why then the negative coverage of ECT prompted by the Mental Health Commission’s recent report? Some of the negativity is, understandably, due to the fact that it is still permissible under Irish law to give ECT to people who don’t want to have it. The College of Psychiatrists has regularly asked that this piece of the Mental Health Act be amended so that patients with capacity who refuse ECT cannot be given it.

The negativity goes beyond this issue and stretches to any use of ECT. The implication of much of the comment in the press and social media is that an increase in the use of ECT is an indication of poor medical practice and abuse of vulnerable patients. This cannot be realistically implied from the available statistics. An objective examination of the data available supports other conclusions. The reported increase in the use of ECT can be interpreted as being due to an increase in illnesses resistant to other interventions. The reported difference in rates of use in different parts of the country should lead us to question if people’s right to access the treatments they need is being met in all parts of the country. The figures could indicate that ill people likely to benefit from ECT are not getting access to a treatment they need. These hypotheses would seem to me a more plausible interpretation of the data than recent suggestions that the figures indicate misuse of an internationally accepted treatment. The facts behind the statistics should be further explored to ensure the rights of mentally ill people to appropriate treatment are being vindicated.

Without exploration of the practices behind the statistics we will be left with speculation and this is not helpful to patients in distress. People with serious mental illness need access to the full range of interventions they demand and that research and experience demonstrate are helpful. These interventions include ECT. Decisions on treatment need to be based on data and choice not speculation and myth.

This piece was written by Dr John Hillery, Director of Communications a member of the Board of Governors of St Patrick’s Mental Health Services and a Consultant Psychiatrist in the public mental health services