Report Launched: Paying the Price – The Hidden Impacts of Caring

Almost half of family carers regularly deal with abusive behaviour while a similar proportion say that no supports and services are available. These are just some of the findings of a new research report titled Paying the Price: The Hidden Impacts of Caring, carried out and launched today by Family Carers Ireland in collaboration with the College of Psychiatrists of Ireland and UCD School of Nursing, Midwifery and Health Systems.

Dr John Hillery President of the College of Psychiatrists with Family Carers Ireland, today launched the second in a series of reports revealing the harrowing and extreme consequences of caring that family carers regularly face.

Click here to read the full phase 2 report, Paying the Price: The Hidden Impacts of Caring. Details on Phase 1 of the findings and the report published in June in full here. 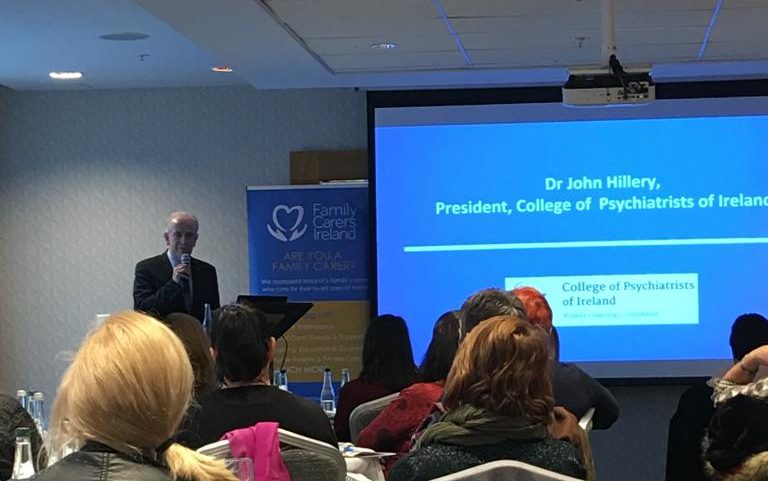 Reflecting, Dr Hillery asked if this is because the people who should be helping improve the lot of carers are no longer listening:

“My belief is best represented by a play on the lines of Yeats, I wonder if too long listening to tales of sacrifice has made a stone of the heart of those who should help. We all must reflect on our roles, Clinicians, Politicians and Administrators and ask are we listening to carers and are we responding in ways that help?”

The second report highlights how family carers are expected to fill substantial and significant service gaps in health and social care systems at huge physical and psychological expense of those carers.It follows a nationwide health and wellbeing survey completed by current family carers.  The survey is a repeat wave of a similar survey undertaken in 2009 and allows researchers to track changes in the health, wellbeing and burden of carers ten years later.

The report comes a day after Family Carers Ireland and their members protested outside Leinster House following anger at the 2020 budget announced last week that did not go far enough to help and support carers in Ireland who save the state a massive 10 billion euro per annum.

“This report shows the enormous price paid by the 355,000 family carers in Ireland who prop up the health system at great personal cost. Three quarters of care recipients did not receive any home support hours. The toll on the carers’ mental and physical health is enormous and it begs the question – how long can they continue without the supports that Family Carers Ireland has repeatedly demanded from Government?”

“Family carers save the State at least €10bn a year by caring for their loved ones at home. This study outlines the terrible price of this love.”

This report also sets out recommendations by Family Carers Ireland, including:

Dr Hillery reiterated the stark findings of the report in a recent interview with Gavin Grace of ClareFM, wherein he once again highlighting the fact that family carers save the state approximately €10 billion every year. You can listen to the interview in full here.

A snapshot of the findings of Phase 2 – “Paying The Price: The Hidden Impacts of Caring” 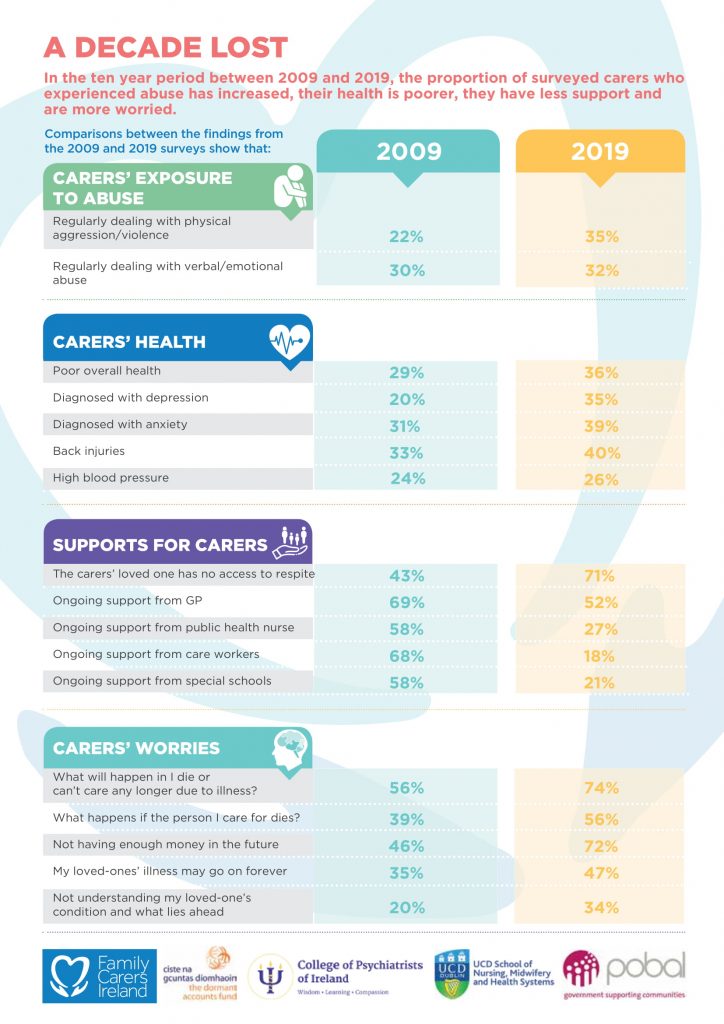