This event has passed

The Spike Milligan Public Speaking Competition is an All-Ireland Intervarsity Competition for medical students which aims to foster the development of communication skills and mental health awareness, all while carrying on Spike Milligan’s legacy of destigmatising mental illness.

This November, teams of two from NUIG, RCSI, TCD, UCC, UCD, UL & QUB will compete to win the 2019 CPsychI Spike Milligan Trophy along with a cash prize with teams of two speaking on the title: “Cannabis: Path to Nirvana or Road to Perdition?”

The competition was first held in 1999 as part of the Changing Minds Campaign of the College of Psychiatrists of Ireland, and aimed to address the stigma associated with mental health problems. Spike Milligan generously lent his name to the competition. It honours his great work as an advocate for those affected by mental ill health.

This event is open to all and completely free to attend, but places are limited so register now to avoid disappointment. Make sure you are there to cheer on your university team on the night!

To register contact Ian Rice directly at irice@irishpsychiatry.ie or on Eventbrite. 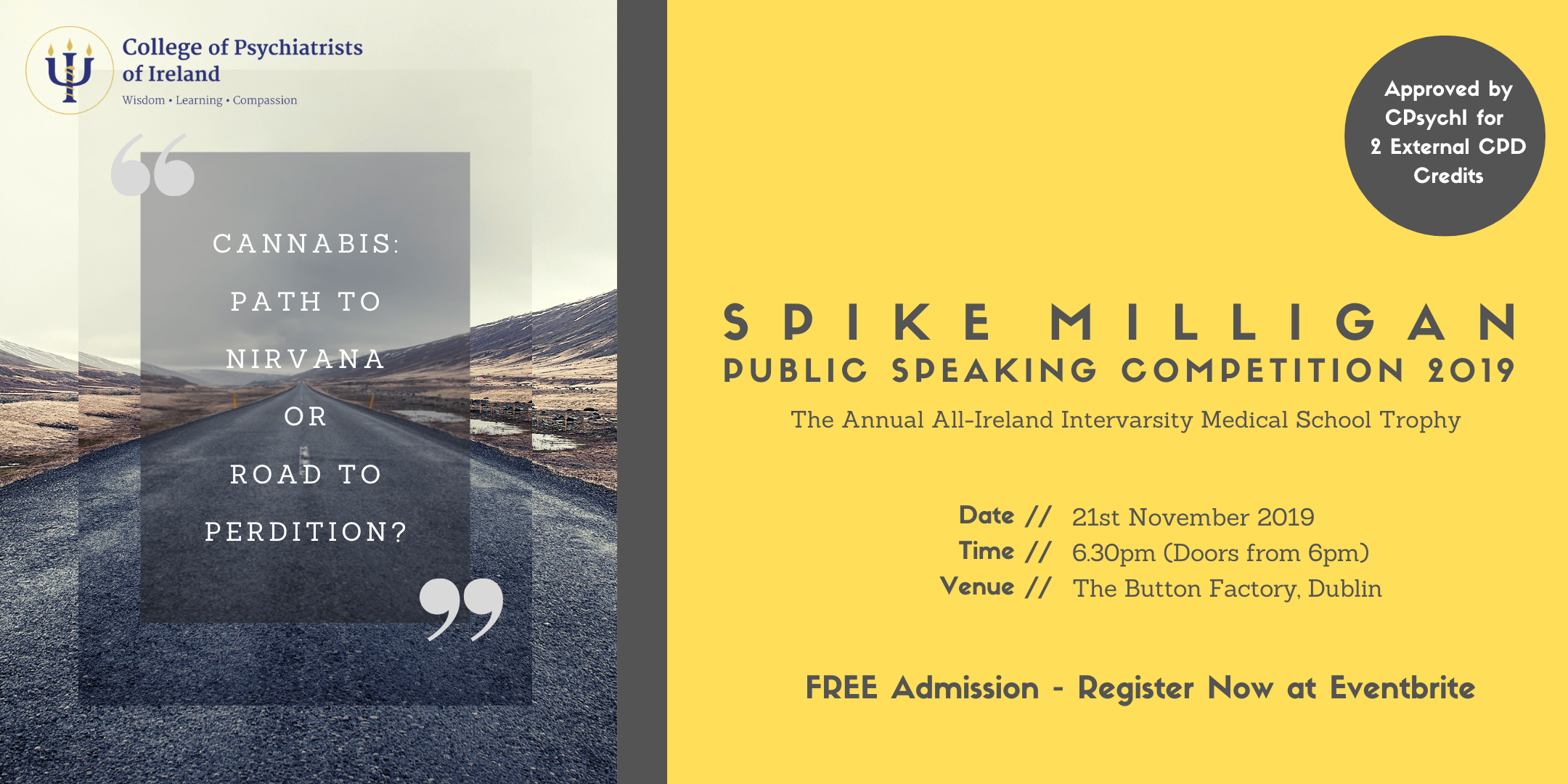 Medico-Legal Society: The Anatomy of a Pandemic

Faculty of Child and Adolescent Psychiatry

UCD ACAP Webinar: Living with Dying Online: Building Competence in Dealing with the Digital Side of Death