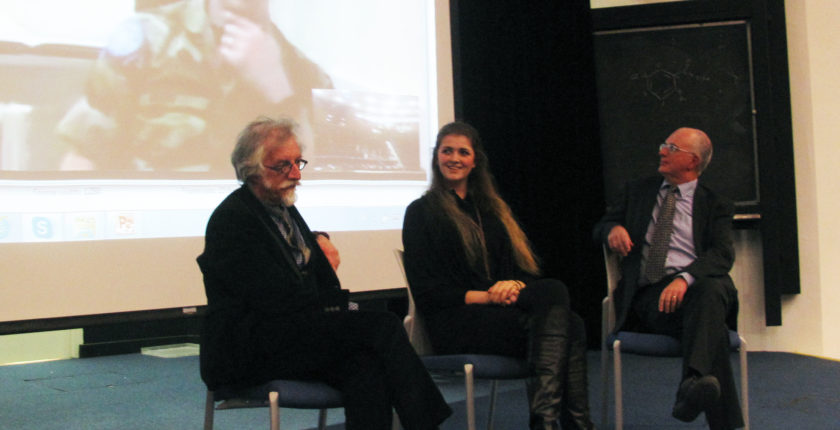 The first of 5 university events centred on the topical theme “Framing Trauma: Conflict and Medicine” showcases the potential for the Arts to contribute to medicine

Medfest, the medically themed one night film festival exploring medicine and psychiatry, has kicked off with its first Irish event of 2016 in the Royal College of Surgeons in Ireland on Tuesday, 10th February. The event has enjoyed major successes over the past number of years and will also take place in UCC, UCD, UL and NUIG during March 2016.

This exciting night of film and discussion centres on this year’s theme of “Framing Trauma: Conflict and Medicine”, and will feature seven film excerpts which illustrate the interplay between medicine and war.  Subjects therein are diverse, ranging from the work of a trauma surgeon in Camp Bastion, Afghanistan, Post-Traumatic Stress Disorder, the depiction of trauma through film and theatre and healthcare in developing world and conflict zones.

Each event will feature discussion by a panel of multidisciplinary experts from a wide range of fields such as Psychiatry, Psychotherapy and Emergency Medicine and organisations including Medecins Sans Frontiers and Spirasi, the Irish Centre of Care for Survivors of Torture. It is hoped that these films will stimulate debate and conversation around the unique role of medicine in the military setting, as well as the wider impact of conflict on the provision of healthcare and on society as a whole.

Attendees at the recent RCSI event were lucky enough to hear from Commandant Martin Neary, a Medical Officer with the Irish Defence Forces who joined the discussion via Skype from the Lebanon, recounted his experiences working as a Medical Doctor in a conflict zone over the past two years. Panel members on the night also included Dr John Tobin, Military Psychiatrist with a specialty in how trauma affects the human mind, Professor Ronan Conroy, Lecturer in Health Research Methods in the RCSI and Ms Nathalie Edmunds, Medical Student and Culture Officer, RCSI. The audience were encouraged to reflect on the impact of conflict on both mental and physical well-being, the importance of resilience in overcoming trauma and the cause and effect of PTSD and were invited to join the discussion in a Q&A session with the panel.

MedFest showcases the great potential for the Arts to contribute to medicine and the Trainee Committee of the CPsychI hopes to be
able to continue their collaboration with the RCPsych to expand the model of MedFest further in 2017.