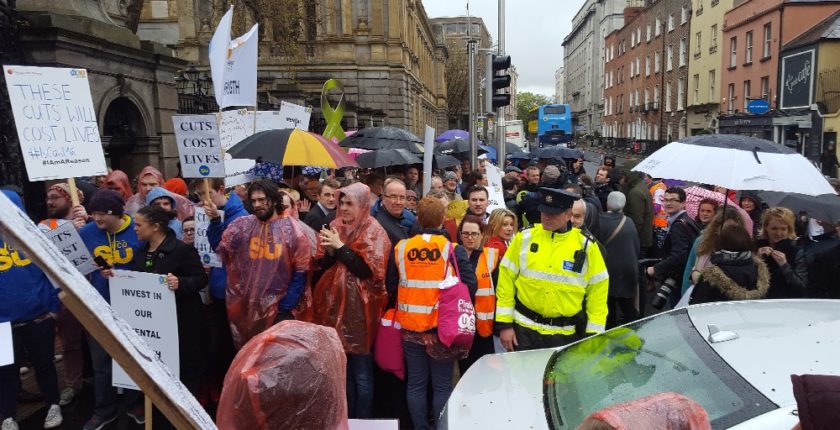 Dr Roisin Plunkett is a Psychiatric Registrar in her third year of training in Dublin.

In general I have a lot of time for Leo Varadkar. Not only because he is a good speaker, and seems like a down-to-earth guy, but also because I think he’s probably the least bad minister for health we’ve had in Ireland throughout my adult life.

That said, I am angry about what he said in relation to redistributing Mental Health Funding this year. I am angry that he implied mental health does not need (or in other words deserve) the money that was allocated to the area. I am angry that he implied in his statement that in fact, rather than money, what we need is to modernise and change the way we work. I feel it is at best cynical, and at worst manipulative. It is playing into the stigma about psychiatric care – that it is outdated and resistant to change. This is not how I work, this is not how I am being trained to work. I recognise and embrace evidence-based practice and patient-centred care.  Every psychiatrist I have worked with has encouraged me to do so. They may sound like buzz-words, but they are not. They are the foundation stone of what we do.

Furthermore, I think the Minister’s statement about having a “broader” mental health policy is a transparent attempt to distract from this issue of budget cuts. I wholly support the need for wider societal change to improve mental health. But I also recognise that this cannot be a panacea. There are times when wellness and resilience alone are not enough to heal, times when treatment is required. This is not unique of mental health. It’s true of all health. Improving respiratory health by reducing smoking, and banning smokey coal is important, clearly. But for the person who has lung cancer, chemotherapy is still needed.

It is ridiculous to say that the money ring-fenced for mental health funding is not needed in this area, and should be diverted because it wasn’t spent. I understand that it was difficult to recruit staff, but that is not the only area of need in mental health at the moment. Far from it. I promise you, if the 12million euro was released to the mental health sector, we could use it to help the lives of a lot of people.

Just recently, at a teaching session, we were talking about the physical side-effects of some of the medications we prescribe. It is well known that many of the newer antipsychotic medications cause increased appetite and weight gain, which ultimately can cause diabetes and heart disease. During our discussion in teaching, we asked the Consultant why there is no exercise equipment, or course of exercise classes for people in the ward. At the moment there’s no money for this. It wouldn’t be a hugely expensive project, but it would take some investment, especially because of the the safety aspects that would have to be addressed. If I had a slice of the 12 million euro, I would push hard for the ward to be adapted and improved with outside space for walking or stretching, and treadmills or other machines for more vigorous exercise. This, surely, would fit with the idea of a “broader” health policy. This would genuinely improve – and in some cases maybe even save – the lives of the people we care for, and about.

On 7th June 2016, Minister for Health Simon Harris TD reversed the decision to divert €12m in funds from the mental health budget.

Dr Roisin Plunkett  is an active member of the Trainee Committee in the College of Psychiatrists of Ireland, has helped coordinate ‘summer schools’ which allow Medical Students to gain a better understanding of what it is to practice psychiatry. She also contributes to the trainee newsletter ‘Think Tank’, which is published four times a year.