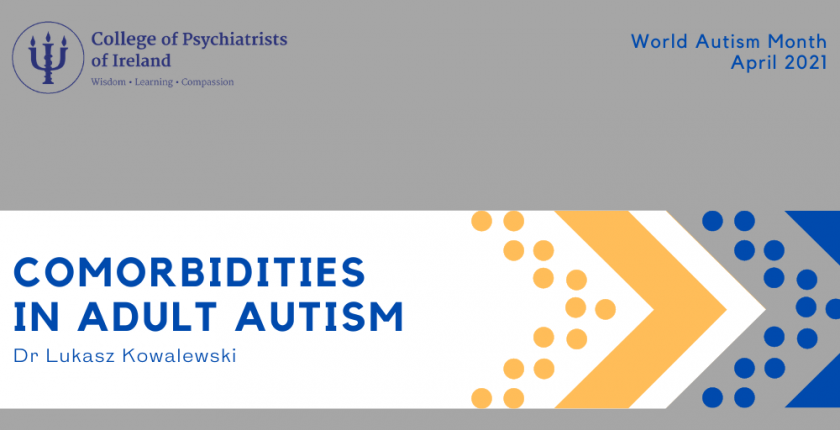 A quarter of the general population have problems with their mental health at some point in their life. IN autistic people, this number is much higher with nearly 80% of adults with autism experiencing mental health issues during their lives.

Autism may co-occur with a number of physical and mental health difficulties. The prevalence is much higher for a range of conditions.

According to research nearly 70% of autistic people had experienced at least one episode of major depression (Lugnegard et al, 2011). The prevalence of depressive disorders among individuals with autism was reported in several studies, which ranged from 1.47% to 54% (Hossain et al, 2020). Lifetime prevalence in other study was estimated to be 10% (Hollocks et al, 2018).

Study suggests that in an outpatient sample of adults with autism, 6% of the patients could have current diagnosis of bipolar illness (Joshi et al, 2013). However, the rates of lifetime bipolar disorder could be higher for autism (25% lifetime prevalence), compared to non-autistic adults (13% lifetime prevalence).

In large dataset reviews transgender and gender-diverse individuals were 3.03 to 6.36 times more likely to be autistic than were cisgender individuals (Warrier et al, 2020). Other research, employing diagnostic criteria for autism, suggested a prevalence of 6–26% in transgender populations, higher than the general population, but no different from individuals attending psychiatry clinics (Thrower et al, 2020).

The reviewed studies showed that, on average, 4.7% of patients with certain eating disorder diagnoses (anorexia nervosa -AN; bulimia-BN; binge eating disorder -BED) received diagnosis of autism. For comparison large National Epidemiologic Survey in US estimates prevalence of lifetime AN, BN, and BED were 0.80%, 0.28% and 0.85% respectively (Udo et al, 2018).

Other study suggested a prevalence of 7.9% of eating disorder symptoms among autistic outpatient individuals, with anorexia and binge eating disorder being the most frequent (Karjalainen et al, 2016).

In a systematic review conducted by Arnevik and colleagues on patients with autism and substance use disorder it was reported that the prevalence rates ranged widely, from 0.7% to 36%, and most studies involved highly selected samples. Such inconsistencies limit the comparisons between studies and render it difficult to establish an overall rate for the co-occurrence of autism and substance use disorder. No systematic prevalence studies of non-biased samples have been published (Arnevik et al, 2016).

Research combining data from multiplesources and analysed using meta-regression reported a worldwide-pooled estimate of 5.29–7.2% in children (Thomas et al, 2016), 2.5% in adults (Simon et al, 2009) and between 2.8% in older adulthood (Michielsen et al, 2012) in population without autism.

Intellectual disability (ID) and autism are two neurodevelopmental conditions noted to have a high degree of overlap and co-occurrence. Historically, symptoms of ID were reported to co-occur in approximately 70% or more of those with autism; however, the rate of co-occurrence is now believed to be around 32% (Bilder et al, 2013; Jill et al, 2020). Additionally several genetic conditions would present with significantly higher rate of autistic features, e.g. tuberous sclerosis complex or Fregile-X.

Prevalence of epilepsy in the general population is between 1 and 2%, whilst general estimates suggest a prevalence of ~25–30% in individuals with autism (Parmeggiani et al, 2010).

Autism has been found to be associated with diverse sleep alterations (Baglioni et al, 2016). Specifically it was correlated with both sleep discontinuity and shorter duration of REM sleep. From previous meta-analyses, it was found that overall pooled prevalence estimates of 12% (95% CI 10-15) for sleep–wake disorders (Lai et al, 2019).