The College of Psychiatrists of Ireland > Blog > Blog > Women taking the lead in Psychiatry: Then and Now

Women taking the lead in Psychiatry: Then and Now 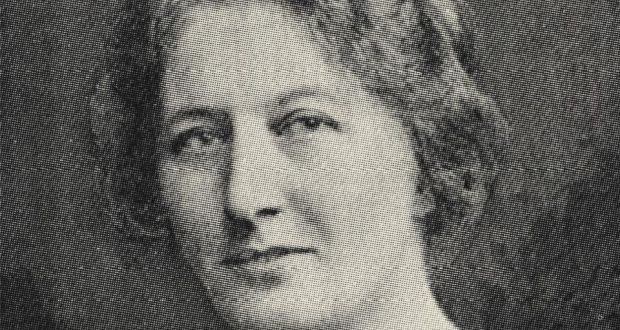 On International Women’s Day we celebrate trailblazer of the past Dr Ada English, and recognise the four women leading the HSE National Clinical Programme for Mental Health

Dr Ada English was a pioneering Irish psychiatrist who was deeply involved in Irish politics and medicine during the first half of the 20th century. Throughout her remarkable, busy life English divided her energies between acting as a dedicated asylum-doctor and her devotion to the struggle for Irish freedom, even spending several months in jail for possessing nationalist literature.

Born in Kerry in 1875, and reared in Mullingar, Dr English studied at the Catholic University School of Medicine on Cecilia Street in Dublin, fore-runner of the School of Medicine and Medical Science at University College Dublin. Graduating as a doctor from the Royal University, Dublin in 1903, English was part of the first generation of female medical graduates in Ireland. She worked in Temple Street Hospital, the Mater Hospital and the Richmond Asylum (later St Brendan’s, Grangegorman), and Ballinasloe District Asylum, later St Brigid’s Hospital.

English spent almost four decades (1904-42) working at the asylum in Ballinasloe where she saw a large expansion in occupational therapy and the first recorded use of convulsive therapy in Ireland, in 1939. In 1914, she also become the first statutory lecturer in “mental diseases” at University College Galway, and provided clinical instruction in Ballinasloe at the asylum.

English was also dedicated to the reform of Ireland’s large custodial psychiatric institutions throughout her life. Sadly, she died in 1944 just prior to the Mental Treatment Act of 1945 which finally enshrined many of the principles for which she had fought so long and hard. When the revised law was passing through the Seanad on 19 April 1945, Mrs Helena Concannon, historian and Senator for the National University of Ireland, paid tribute to English’s campaigning for improving conditions for the mentally ill:

“One melancholy note resounded in my heart when I read in the newspapers last November the report of the Second Reading in the Dáil of the measure we are now considering. It was that the late Dr Ada English had not been spared to be present when the Parliamentary Secretary was introducing it. He knows – because he, too, had the privilege of knowing well that great-hearted woman – all that I have in mind when I speak thus. All her life, since she entered the mental hospital service as a brilliant and beautiful girl until she was laid to rest, as she herself desired, in the little God’s Acre near Ballinasloe, where many of her poor patients await the Resurrection – she worked for the principles embodied in this Bill. The things that make it memorable and worthwhile are things for which she tirelessly pleaded.”

At Ada’s own request, she was buried with her patients in the cemetery beside the mental hospital in Ballinasloe.

More than half a century after Ada’s death, mental health reform still has a long way to go in Ireland. To this extent, the work to which Ada English devoted her remarkable life remains, today, unfinished.

Much has been achieved in the mental health arena since English’s time but disappointedly the implementation of the internationally regarded blueprint for Irish Mental Health Services A Vision for Change remains incomplete.

Fortunately the HSE Mental Health Clinical Programmes jointly developed with the College of Psychiatrists of Ireland are currently being led by four experienced and dedicated female consultant psychiatrists.

Dr Anne Jeffers leads the National Clinical Care Programme for the Assessment and Management of Patients Presenting to Emergency Departments following Self-Harm.   Dr Jeffers was a Consultant Psychiatrist with East Galway Mental Health Services and a member of the Mental Health Commission. When Director of External Affairs and Policy for the College she set up and is currently Co-Chair of the CPsychI REFOCUS (Recovery Experience Forum of Carers and Users of the Service) Committee. Dr Jeffers also has expertise and interest in providing solutions to organisations in managing workplace based stress.

Dr Katherine Browne was appointed as National Clinical Lead for Early Intervention for people developing First Episode Psychosis in early 2016. The key overall aims of this Programme are the early detection of psychosis and the provision of standardised evidence based bio psychosocial interventions in a timely manner for the estimated 1500 individuals who develop psychosis annually. Dr Browne is a Consultant Adult Psychiatrist, and most recently was Clinical Director and Consultant in Rehabilitation/Recovery in Laois/Offaly Mental Health Services. She was Vice Chair and subsequently Chair of the CPsychI Faculty of Social and Rehabilitation Psychiatry from 2012-2016 and member of College Council from 2014-2016.

Dr Sara McDevitt acts as the National Clinical Lead for Eating Disorders Service spanning Child and Adolescent and Adult Mental Health Services. Dr McDevitt is a Consultant Child and Adolescent Psychiatrist based in Cork. She co-established a CAMHS eating disorder CPD forum in Cork in 2009, and has worked in outpatient, intensive and inpatient eating disorder services. She is a clinical senior lecturer in Child Psychiatry in UCC and her research interests include interprofessional education, clinical outcome evaluation and genetic epidemiology.