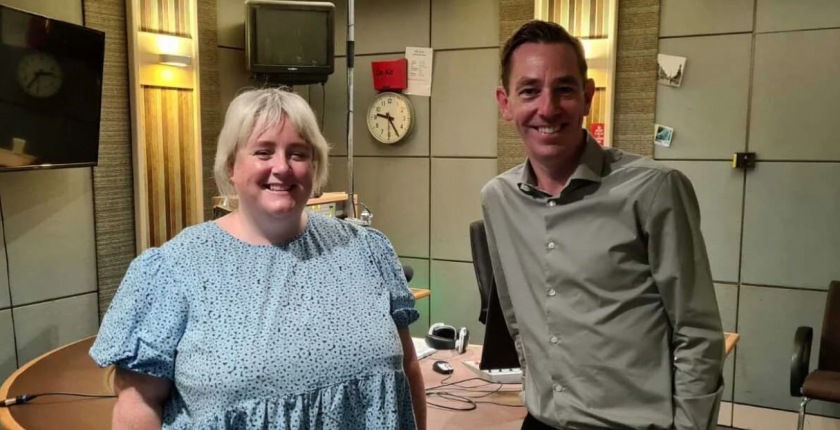 Author and columnist Emer McLysaght joins Ryan Tubridy on his RTÉ Radio 1 show, in an honest, even humorous, discussion of her long-term struggle with mental illness.

The co-author of the popular ‘Aisling’ series is candid about her time spent in treatment for an eating disorder and the importance of the continuing support she receives from both psychiatric services and from friends through her recovery journey. You can listen to the interview in full on the RTÉ Radio 1 website here.

Recognising that she had been dealing with mental health issues and an eating disorder for better part of twenty years, McLysaght discuss how she made the first steps towards seeking help. When told her illness was serious and required inpatient treatment, she notes her initial disbelief:

“I thought hospital was for people who were starving themselves to death, and I wasn’t at that time. […] But part of the eating disorder, and part of mental illness, is “I’m not sick enough for this. They’ve got it wrong. I’ve somehow tricked them into thinking that I’m somehow sick enough for this care.” I remember saying that to one of them and they said “Think of how many hoops you had to jump through to get here. Do you really think all those people made a mistake?” and I said, “I still kind of do, yeah.”

Not without barriers or the need for advocacy by herself or the healthcare professionals she met along the way, McLysaght eventually underwent inpatient treatment for an eating disorder with St. Patrick’s University Hospital. She has a somewhat comedic outlook on her emergence from this treatment straight into the isolation of the pandemic in March 2020, but when outlining her ongoing process of personal recovery, she is frank about her expectations versus reality:

“I foolishly thought going in to [St Patrick’s Mental Health Services] that I’d come out a new person. Something I found very frustrating in there is they were so dogged in telling you “This is going to take a long time. This is not going to be fixed overnight. This many not be your first admission, this may not be your only admission.” Most of the people I met in there, it wasn’t their first time. I learned that pretty quickly because the first thing they would ask you is, “Is this your first time?” expecting you to say no.

I would say I am OK recovery-wise. It’s very up and down. They always say recovery isn’t linear, and I think they say that to anyone who is in recovery from anything.”

Listen to this interview in full on the RTÉ website now.