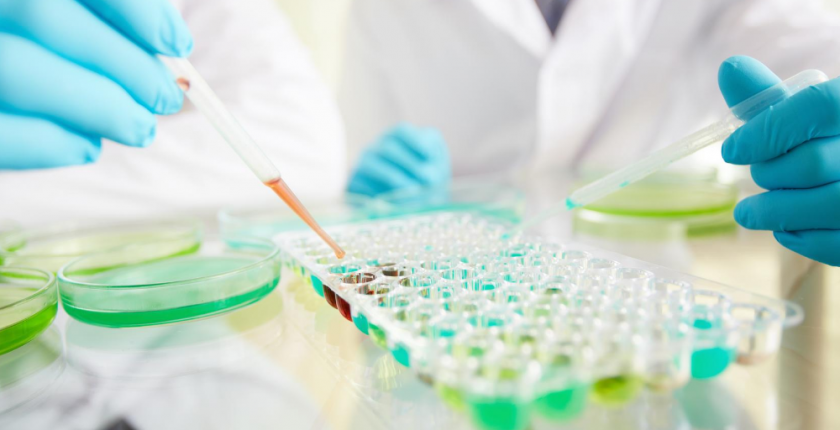 Researchers from RCSI University of Medicine and Health Sciences have discovered that testing the levels of certain proteins in blood samples can predict whether a person at risk of psychosis is likely to develop a psychotic disorder years later.

The study can be read in full in the current edition of JAMA Psychiatry.

The research has been carried out by David Mongan, RCSI PhD student and Irish Clinical Academic Training (ICAT) Fellow with the supervision of Professor David Cotter and Professor Mary Cannon from the RCSI Department of Psychiatry. Resulting data shows that, based on certain criteria, such as mild or brief psychotic symptoms, some people are considered to be clinically at high risk of developing a psychotic disorder, such as schizophrenia. However, only 20% to 30% of these people will actually go on to develop a psychotic disorder.

The researchers analysed blood samples taken from people at clinical high risk of psychosis. These individuals were followed up for several years to see who did and did not develop a psychotic disorder.

After assessing the proteins in blood samples and using machine learning to analyse this data, the scientists were able to find patterns of proteins in the early blood samples that could predict who did and did not develop a psychotic disorder at follow-up.

Many of these proteins are involved in inflammation, suggesting that there are early changes in the immune system in people who go on to develop a psychotic disorder. The findings also suggest that it is possible to predict their outcomes using blood samples taken several years in advance.

Discussing the study, Professor David Cotter, the study’s senior and corresponding author and professor of molecular psychiatry at RCSI says:

Ideally, we would like to prevent psychotic disorders, but that requires being able to accurately identify who is most at risk… Our research has shown that, with help from machine learning, analysis of protein levels in blood samples can predict who is at truly at risk and could possibly benefit from preventive treatments. We now need to study these markers in other people at high risk of psychosis to confirm these findings.

A patent application has been filed, and the research team is working to commercialise this research through licensing or partnering with industry.

This research was funded by the European Network of National Schizophrenia Networks Studying Gene-Environment Interactions (EU-GEI) Project (Project EU-GEI) from the European Community’s Seventh Framework Programme, by the UK Medical Research Council and by the Irish Health Research Board.

The ICAT programme is supported by the Wellcome Trust and the Health Research Board, the Health Service Executive National Doctors Training and Planning and the Health and Social Care, Research and Development Division, Northern Ireland. The blood samples were analysed in the UCD Conway Institute under the supervision of Dr Gerard Cagney.