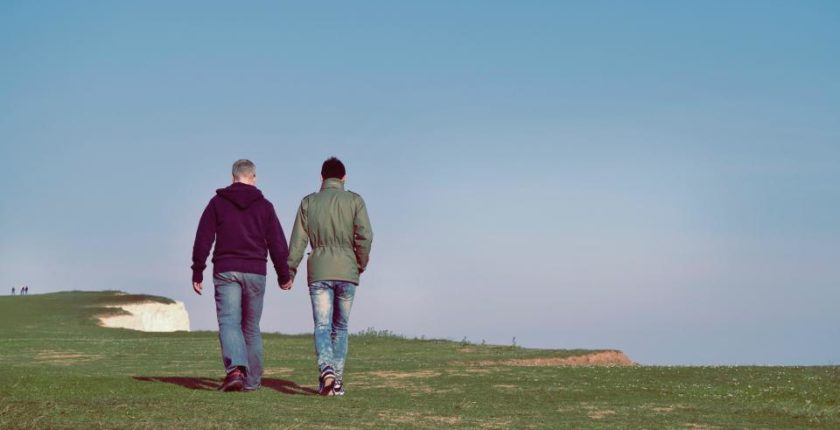 This article was written by Prof Brendan Kelly and was published in the Medical Independent on 27th April 2017.

On 1 February 2017, the Convictions for Certain Sexual Offences (Apology and Exoneration) Bill 2016 came before the Seanad. When this Bill completes the legislative process, it will see the Government apologise to gay men who were convicted of ‘sexual offences’ before homosexual acts were decriminalised in 1993.

The previous day, in England and Wales, the Policing and Crime Bill 2015 received royal assent, pardoning Oscar Wilde and many others who were convicted of similar, now-abolished ‘sexual offences’. These moves are greatly to be welcomed, although they arguably do not go far enough.

In Ireland, homosexual acts were illegal until 1993. Between 1962 and 1972 there were 455 convictions of men for ‘crimes’ such as ‘indecency with males’ and ‘gross indecency’. Psychiatrists were frequently involved in these cases. As I researched this theme for Hearing Voices: The History of Psychiatry in Ireland (Irish Academic Press, 2016), I found myself entering a complicated, unexplored world of denial, memories and repression.

Homosexuality was regarded as a mental illness by the American Psychiatric Association until 1973 and by the World Health Organisation until 1990. ‘Treatments’ provided in various countries, including England and Northern Ireland, included psychotherapies (such as psychoanalysis) and ‘aversion therapies’ aimed at changing the person’s sexual orientation.

Some of the treatments recorded in the UK were deeply disturbing: Administering electric shocks or medication to cause vomiting as homosexual men viewed images of undressed males; administering the male hormone testosterone while showing films of nude women; and repeatedly playing tape recordings outlining the alleged adverse effects of homosexuality and alleged benefits of heterosexuality. These treatments are recorded as occurring in England, Northern Ireland and elsewhere. But did they also take place in the Republic of Ireland?

On 12 September 1975, Nell McCafferty reported in The Irish Times the cases of two men brought before Dublin District Court, having been apprehended together in a public location. A psychiatrist testified in court that he was treating one of the men using psychotherapy (rather than medication). The solicitor representing the other man pointed out that he was away from home, had taken a few drinks and might have been depressed. The judge condemned the behaviour of the two men but did not jail them. It is likely that some gardaí and judges welcomed evidence from psychiatrists that men were being ‘treated’ with psychotherapy, especially when gardaí and judges were conflicted about pursuing such cases in the first instance.

…homosexuality is simply a kind of sexuality completely normal for the homosexual” but “it is still a crime in our society… In psychiatric practice, I find it to be a very common presenting problem by people, presenting in different ways in the form of depression and alcoholism”.

Two years later, on 8 March 1977, The Irish Times reported that David Norris, Chairman of the Irish Gay Rights Movement and later Senator, called for an inquiry into ‘aversion therapy’ for homosexuality in Ireland. He said he knew of at least one psychiatrist who used electric shock treatment [ECT] in an attempt to alter homosexual orientation. For the purposes of my book, Senator Norris recalled for me the case of one gay man in the east of Ireland whose family sent him for treatment when he revealed his homosexuality and who reportedly received ECT following this in the 1970s.

More broadly, however, it proved difficult to establish to what extent, if any, aversive therapies for homosexuality were systematically provided in Irish psychiatry. Even in the UK, aversive therapies were generally confined to ‘specialist’ centres and never entered mainstream psychiatric practice. In Ireland, it is possible that denial about the existence of homosexuality diminished the likelihood of such cases coming to medical attention. Even so, during the course of my research, I was contacted by a number of men who recalled aversive therapies for homosexuality in Ireland, although none personally recalled the use of electricity for this purpose.

What is clear, however, is that psychiatric attitudes towards homosexuality shifted significantly, although by no means completely, during the 1980s. In 2011, the College of Psychiatrists of Ireland and the Gay and Lesbian Equality Network (GLEN) published a document titled Lesbian, Gay and Bisexual Patients: The Issues for Mental Health Practice. They advised psychiatrists to “challenge any anti-gay bias they may have” so as to avoid behaviour such as “presuming patients are heterosexual” or “failing to appreciate any non-heterosexual form of behaviour, identity, relationship, family or community”.

Initiatives such as this are significant steps forward, although there is still much more to be done, both within mental health services and beyond. And formally apologising to people who, in truth, never committed anything that should have been deemed a crime is surely another important step towards justice, healing and renewal.