Pondering Psychiatry with the President of the College of Psychiatrists 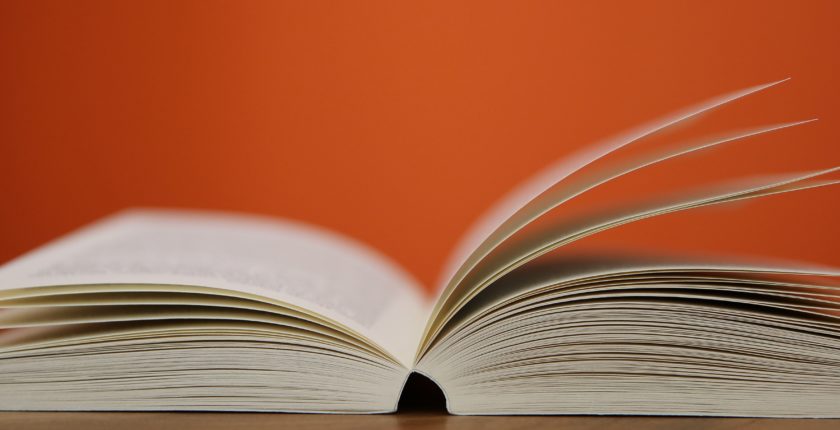 The upcoming Winter Conference of the College of Psychiatrists of Ireland will hear talks on everything from the prison service to the writings of Franz Kafka. David Lynch talks to the College President. This article appeared in the Irish Medical Independent, on 05/11/2018.

The College of Psychiatrists of Ireland Winter Conference 2018 will be held in the Brehon Hotel/INEC in Killarney, Co Kerry, later this month on Thursday and Friday 15-16th November.

This year’s event is titled ‘From the Biome to Bipolar’ and has a wide range of speakers over the packed two-day schedule, on issues as varied as professionalism to prison work, from the future of personality disorder services in Ireland, to the writings of Kafka.

President of the College of Psychiatrists of Ireland Dr John Hillery told the Medical Independent (MI) that he is looking forward to the conference and believes that the eclectic range of talks and speakers will provide something of interest for all attendees.

As ever, professionalism remains an important topic, Dr Hillery said. “Well, we are continuing the theme of professionalism and as you see [in the meeting programme], there is a long opening session on it;  I think that is always important,” said Dr Hillery.

“Probably, people might say it is more important now because of all the recent issues that there have been in the public discourse about the way doctors interact with patients. It is something that we are all reflecting on; the College has always taken a position on making it a core aspect of discussion for trainees.

“But in the last few conferences, we have also been [raising]…ideas of professionalism in psychiatry. It means that it is an important theme for us, and it is one that we will continue to do at all our conferences.”

Prisons and the homeless

Later on Thursday, there is a session on ‘Prisons and the Homeless’ delivered by Dr Damian Smith and Dr Kevin Kilbride, and on Friday, Dr Conor O’Neill from the Central Mental Hospital, Dublin, will talk on ‘Men with Psychotic Illness in Remand Prisons’.

Homelessness is very much in the news at the moment, and Dr Hillery said it has a particular mental health impact.

“The services for the homeless are rather geographically confined,” he said.

“But we know historically that people with mental illness are probably more at risk of homelessness.

“When you look at dealing with mental illness and the treatment of it, we have to look at society’s approach to vulnerable people, so it is something we want all our trainees and ourselves to be conscious of, of those needs, and to keep it out there.

“Why do people end up homeless? Can we have earlier interventions? As you probably know, it is a theme we have been putting out there to the public about resources, and lack of resources, and that interventions are not as early as they should be, which is leading to people getting more serious illnesses, leading to greater morbidity and possibly mortality.”

On Friday before lunch, there is a session on bipolar disorder, with some of the presentations including Dr John Cooney from St James’s Hospital, Dublin, talking on ‘Mood Disorders in Liaison Psychiatry’ and Dr Aditya Sharma from the Institute of Neuroscience, Newcastle University, UK, speaking on ‘Pharmacological Management of Bipolar Disorder in Under-18s’.

The day before, on Thursday, there is a series of NCHD research oral presentations spanning a wide range of topics.

“The key to advances in psychiatry is research and the key to insuring that good research happens is by encouraging trainees to do it; it’s important that we support it. Of course, it is also important that their [NCHDs] contract supports it and their employers support it. So this is a manifestation of that, which is very good. It’s a key issue, and it’s great to see such interesting and quite varied papers coming through,” said Dr Hillery.

Dr Hillery said that the College of Psychiatrists of Ireland remained concerned about the lack of representation of psychiatrists on the recently-established Sláintecare Implementation Advisory Council.

“It’s quite disheartening,” he said. Dr Hillery added that he remains disappointed “and my colleagues support me on this, that we have a council dealing with the implementation of a 10-year plan for health, which doesn’t have any input from people who deal with people with serious mental illness.”

“By doing that, it is giving the message out that mental illness is not really part of what our health services are about. I think that’s unfair to the people who put together Sláintecare because the document does give a lot of thought to people who have mental illness,” according to Dr Hillery.

The College President was also not satisfied with aspects of the recent Budget 2019. “The Budget…was announced to great fanfare, about how much money was given [to mental health]. But if you do the math, it doesn’t actually increase the percentage of the health budget for mental health by much at all.”

“We are still of course expressing our disquiet with the lack of investment in the mental health services for people with mental illness.”

Recently, the College released a statement saying it was disappointed with recent findings from the Inspector of Mental Health Services. The College said the findings showed an  “increased use of seclusion and restraint in our hospitals”.

“The College is very disappointed to see the data… on levels of restrictive practices in hospitals. This is another manifestation of the under-resourcing of services for people with serious psychiatric illness,” the College said in its statement.

“Seclusion and restraint should only be necessary in extreme circumstances, as early intervention and support should prevent any individual becoming so unwell that their safety or the safety of others requires such intervention.

“Unfortunately, the experience of frontline psychiatrists in Ireland currently is that they lack the resources in trained personnel to ensure all people in need get the variety of evidenced-based, individualised interventions they require.”

The upcoming Winter Conference in Killarney, ends on an interesting and unique topic. Prof Femi Oyebode from the University of Birmingham, UK, will talk on ‘Abnormalities of the Self and Embodiment in the Writings of Franz Kafka — Lessons for Psychiatry.’

“This is something we want to bring in more,” said Dr Hillery.

“Dr Femi Oyebode has been writing for many years on the area of literature and mental illness…we are delighted she is coming to speak on this. It looks far too intellectual for me,” he laughs.

“But I’m looking forward to hearing it. Once again, there has been a long history going back to the 1800s of people in psychiatry, or whatever it was called at that stage, being involved in the arts.

“Also, when I was training, several of my trainers pointed me towards people, writers such as Dylan Thomas and Frank O’Connor, to look at the development of people’s inner thinking. So it is something we have to be very careful about in psychiatry, that we promote the scientific aspects of things, but we don’t lose that other side of it either.

“Because if we are trying to work out how humans behave and how individuals behave, the writings of the great writers are really important from that point of view.”

In terms of its own publications, last month the College announced the Irish Journal of Psychological Medicine (IJPM) was successful in its application for indexing on Medline, the “largest and most prestigious” internet search engine for medical research.

As the official research journal of the College, much of the research published in IJPM is relevant to an Irish audience, “although the journal has a large international readership and maintains the high publication standards worthy of an international journal.”

According to a College spokesperson, this indexing will “result in Irish-based mental health research being more visible and widely-read by clinicians and researchers, both in Ireland and around the world. It will also increase the likelihood that this research will be used by people to inform clinical practice through internet searches.”

Dr John Lyne, Editor-in-Chief for the IJPM, explained what this indexing could mean for the delivery of services. “The journal aims to advocate for better mental health services for all by highlighting key topics of current relevance to mental health. By reaching a wider audience, IJPM can act as a forum for positive change in how mental health services are delivered, both in Ireland and internationally.”