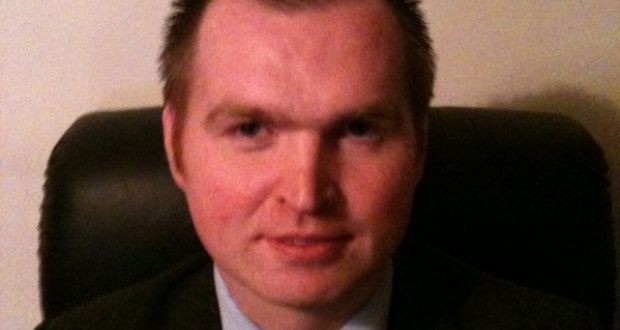 In a tribute featured in the Irish Times, consultant psychiatrists Prof Brendan Kelly and Dr Kieran O’Loughlin recount the numerous achievements in the short life of Dr Séamus Mac Suibhne, who died tragically on 8 September this year.

Dr Mac Suibhne was actively involved in many areas of the College of Psychiatrists since it was founded in 2009 contributing to Postgraduate Training and Communication and Public Education events to name some. His commitment and input to the College and his profession were invaluable and will be sorely missed.

This article was originally published in the Irish Times here.

Dr Séamus Mac Suibhne (Sweeney) (October 21st, 1978 – September 8th, 2019), who died in a fall on the Comeragh Mountains, was a widely admired psychiatrist, writer and scholar whose contributions ranged from psychiatric care to Greek philosophy, and from medical education to new technology in clinical care. A profoundly compassionate man, Mac Suibhne had a deep love of nature and an instinctual empathy with all who suffered.

Mac Suibhne grew up Dublin and attended Blackrock College and UCD, where he graduated as a medical doctor (with honours) in June 2002. He was a busy undergraduate, serving as auditor of UCD Philosophy Society, editorial board member for the University Observer, and member of the victorious 1998 UCD team on Challenging Times, the television quiz show. He was awarded the Sheppard Memorial Prize (2001), a Special Award on the UCD Faculty of Medicine’s Dean’s List, and the UCD President’s Award for Excellence in Extra-Curricular Activities (2002).

Séamus received his postgraduate training at the Mater Misericordiae University Hospital, St John’s Hospital (Limerick), St Patrick’s University Hospital and HSE mental health services in Naas, Crumlin and Ballyfermot. He gained membership of the Royal College of Psychiatrists in 2006 (winning the Standish-Barry Prize) and master’s degrees in medical education (University of Dundee, 2012) and the philosophy and ethics of mental health (University of Warwick, 2010). He worked in St Vincent’s University Hospital, UCD, Ardee and Cork, before being appointed consultant psychiatrist with the HSE in Kilkenny in July 2011, the post he held until his tragic death on a family walk in the mountains he loved.

Séamus was a compassionate doctor, effective team-worker and skilled manager. He served as a representative of graduates on UCD Governing Authority (2008-2013), secretary (2007-2009) and then president (2009-2014) of the Psychiatry Section of the Royal Academy of Medicine in Ireland and associate editor of the Irish Journal of Medical Science (2012-2019). He was a member of the HSE National Shared Record Project and deeply involved with the Council of Clinical Information Officers as clinical lead for the Bipolar Lighthouse Project, an initiative within the eHealth Ireland Ecosystem.

Philosophy was, perhaps, Séamus’s greatest intellectual passion, and he spoke and wrote extensively on themes linking philosophy with clinical care, the history of psychiatry, and reflective practice in medicine.

He also wrote and co-wrote papers on a dizzying array of other topics, including psychiatry in primary care, “vampirism” as a mental illness, translation in psychiatry, synaesthesia, “new” mental illnesses such as solastalgia and hubris syndrome, bibliotherapy, Nicholas Culpeper (a 17th-century English physician) and mental illness among psychiatrists.

Séamus prioritised time with his family, made space for his deep appreciation of the natural world, and maintained a keen interest in sport. He blogged extensively, posting frequently on his personal site, seamussweeney.net, which took its motto from Dante Alighieri’s Divine Comedy: “Poca favilla gran fiamma seconda” (“A great flame follows a little spark”).

It is difficult to sum up a life as rich and diverse as that of Séamus Mac Suibhne. He summarised it best himself, perhaps, in 2009, when he wrote an article about the Meditations of the Roman Emperor Marcus Aurelius, in the journal Reflective Practice.

Séamus focused on Aurelius’s exhortation to “wrestle to be the man philosophy wished to make you”.

Most of us do not succeed in this task. Séamus did.

He is survived by his wife Dr Aoife Ní Chorcoráin, who is also a psychiatrist; their children Eimear, Dearbhla and Donnacha; his mother, Áine; and his brother, Éamon.