The College of Psychiatrists of Ireland > Blog > Blog > Irish Times: ‘If a person in custody does not understand their rights, this is arguably a barrier to equal access to justice’

Irish Times: ‘If a person in custody does not understand their rights, this is arguably a barrier to equal access to justice’ 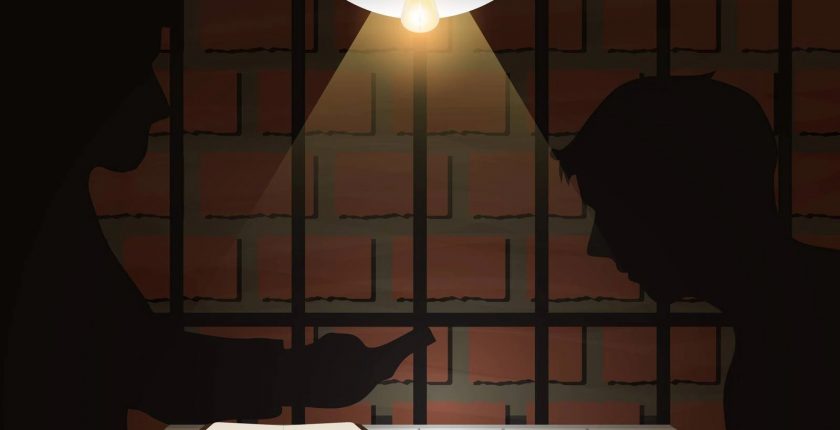 New research lead by consultant forensic psychiatrist Professor Gautam Gulati, which “identified a need to provide information to people with intellectual disabilities in an appropriate format”, has lead to an innovation in the form of an ERNR, or easy-to-read Note of Rights.

Read the article in full on the Irish Times website here, or read highlights featuring Professor Gulati below. Research on the collaborative development of the ERNR, published by the International Journal of Law and Psychiatry, is available here.

In 2021, a team led by consultant forensic psychiatrist Prof Gautam Gulati – adjunct professor at the University of Limerick – reported the views of voluntary organisations, healthcare professionals, and professionals from the criminal justice system, all of whom worked with people with intellectual disabilities. The study identified a need to provide information to people with intellectual disabilities – who have law enforcement interactions – in an appropriate format: “This is an important consideration,” the study says, “in the context of Article 9 of the United Nations’ Convention on the Rights of Persons with Disabilities (UNCRPD), which concerns accessibility of facilities and services for people with disabilities”.

The ERNR – Form C.72(S) – is issued to individuals in police custody by An Garda Síochána. When the study began, although copies of Form C.72(S) were available to suspects in different languages, an easy-to-read version of the notice had not been drafted, making it incompatible with An Garda Síochána’s commitment to rights-based policing and Ireland’s human rights obligations under domestic and international law. The agreed changes resulting in the ERNR include the use of photo symbols and accessible language, including first-person language like, “I will visit you often or very regularly to make sure you are okay” and affirmatives like: “For some offences, the law says that a Garda can test if you have been near a gun or bomb. The law says you can agree to this.”

Lead author Prof Gulati says that the innovation was the culmination of two years’ work. “Conducting online research meetings and focus groups during the pandemic was challenging, and we thank both Inclusion Ireland and people with intellectual disabilities from St Joseph’s Foundation, Charleville, who contributed to this project,” Prof Gulati says.

“They provided critically important insights into inclusion and accessibility. The right to accessible information in the Criminal Justice System is an important right under section 28 of the Disability Act 2005 and equally Article 9 of the UNCRPD”.

Prof Gulati explains that: “If a person does not understand their rights, does not know how to exercise these rights, or know when they are being breached, then arguably this is a barrier to accessing justice on an equal basis with others”.

Prof Gulati and colleagues are optimistic that their work represents progress for Ireland in meeting its obligations to people with disabilities, and to the UN under International conventions: “We hope,” he says, “that this work will inspire similar developments in other jurisdictions that have ratified the UNCRPD”.