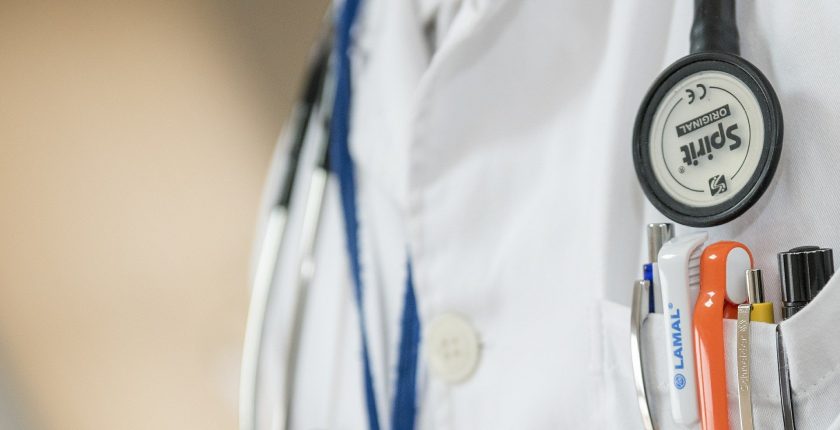 “Psychiatrists are especially vulnerable as are emergency medicine physicians and family doctors.” George Winter writes for the Irish Times about an article in the British Medical Journal Opinion about underreporting of death threats by patients against doctors. He spoke with Consultant Psychiatrist and lead author of the piece, Professor Gautam Gulati of the Graduate Entry Medical School at University of Limerick for more information.

The Irish Times article is available in the print edition of the Health Supplement for Tuesday, 6 October. You can read the full article in BMJ Opinion here.

The January 2019 issue of the Journal of Korean Medical Science reports that “on December 31st, 2018, Dr Se-Won Lim, a 47-year-old psychiatrist, was killed by his patient at an outpatient clinic of a private university hospital in Seoul. The patient stabbed his doctor with a knife”.

And reports of doctors whose views on abortion and/or vaccination provoke threats or actual violence, prompt the question: “Doctors and death threats: an occupational hazard?” That is the title of a piece by four professors from the University of Limerick and Trinity College Dublin, published in the British Medical Journal Opinion (February 2020). They indicate that, although death threats by patients against doctors are “not rare”, they’re also under- reported, and that “psychiatrists are especially vulnerable as are emergency medicine physicians and family doctors”.

Lead author Prof Gautam Gulati is adjunct associate clinical professor at the Graduate Entry Medical School at the University of Limerick. He told The Irish Times:

“The vast majority of doctor-patient interactions are uneventful. However, over their careers, a significant number of doctors will experience aggression in some form.

“For example, a UK study from the 1990s suggested that one in three psychiatrists surveyed had received death threats, and an Irish survey of consultant psychiatrists from 2010 reported that 90 per cent of respondents had been the victim of verbal aggression/ intimidation/threatening behaviour, and over half had been physically assaulted.”

Has Prof Gulati or any of his co-authors been threatened with violence by a patient? “It would be inappropriate to identify a particular doctor or a patient,” Prof Gulati explains, “but one anonymised scenario is as follows: Dr A, an inner-city GP, was approached by a young patient, Mr B, who asked for a prescription of OxyNorm, a strong opiate. Dr A found no clinical reason for this prescription and was aware that Mr B had difficulties with heroin addiction in the past. When Dr A began to explore Mr B’s difficulties, he got up and shouted ‘I’m telling you all I need is OxyNorm! You’d better prescribe this, or I’ll kill you!’ He grabbed a chair, and Dr A, unable to calm the patient, called for help. Mr B was asked to leave the premises by practice staff. A colleague of Dr A’s contacted Mr B later to discuss his difficulties and how he could access help.”

Prof Gulati and colleagues categorise most death threats as either situational or transferential. Situational threats arise in the heat of the moment but typically resolve without physical violence.

“Transferential threats, however,” explains Prof Gulati, “arise from the nature of the doctor-patient therapeutic relationship, can develop over time, and pose an increased risk of both remaining unresolved and disrupting the doctor’s life”.

Prof Gulati cites the case of Dr C, a community psychiatrist in a rural location who was treating Ms D over many years. Dr C had planned to relocate from her practice to another part of the country. In the last few consultations when Dr C explained to Ms D about the impending move, Ms D became very angry. “Ms D,” Prof Gulati continues, “asked Dr C if she was married and whether she could be her friend on Facebook or Instagram, but Dr C politely explained why this would be inappropriate. Dr C took time to point out to Ms D that her care would be taken over by the new psychiatrist Dr E and introduced her to Dr E in a subsequent joint consultation for handover of care. Ms D, however, still seemed very angry, repeatedly phoning the practice and asking for Dr C’s new address.”

Chillingly, Prof Gulati relates that on moving to her new practice and location, Dr C began to receive letters from Ms D which became increasingly threatening towards Dr C and her partner, including a threat that the partner would be killed if Dr C got married: “One day, Dr C returned home to find Ms D in the parking lot outside her new house, whereupon she contacted the police for assistance.”

Can such events be averted?

Prof Gulati and colleagues acknowledge the challenging nature of this area of medical practice: “It is not known,” they admit, “what may prevent such threats. Professionally, the setting of therapeutic boundaries before consultation, during treatment and after discharge is of value for many reasons probably including reducing risk of threat.” Setting therapeutic boundaries, Prof Gulati says, “means explaining to a patient what can be expected from a consultation and outlining the limitations of what a doctor can and cannot do”.