The College of Psychiatrists of Ireland > Blog > External Affairs & Policy > Media > Irish Examiner: ‘We must continue to care for patients who cannot consent’

Irish Examiner: ‘We must continue to care for patients who cannot consent’ 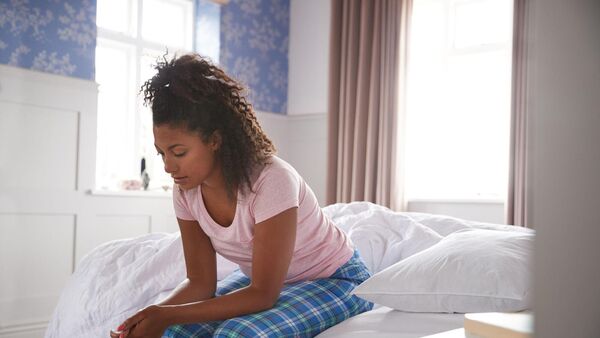 Professor Anne Doherty writes for the Irish Examiner about the proposed changes to the Mental Health Act and the risks these changes carry for those who need help but are not able to make the decision to seek treatment.

Read the article in full below, or on the Irish Examiner website here.

Proposed amendments to the Mental Health Act have generated significant debate over the past number of weeks. At the core of the argument are the human rights of patients, and how these rights can be upheld while accessing certain types of treatment.

In an ideal world, we would not need hospitals for mental or physical illness and no one would become ill. But this is an imperfect world, and when people are ill it is critically important that they have access to treatment – even if they cannot make that decision for themselves.

Take two fictional examples. Conor is a 24-year-old man with psychosis. He believes he is being pursued by criminals who want to harvest his organs and believes that his doctors are part of this conspiracy. His mother is desperately worried and is requesting his admission for treatment.

Conor arrives at his local Garda station looking for help. He is adamant that he will not go home and will not agree to a voluntary admission, or to attend services as an outpatient. He believes that his antipsychotic medications will drug him and allow criminals to “get him”.

Maeve is a 19-year-old woman with anorexia. Her body weight is critically low, and she is at risk of death if she does not receive treatment. She is not amenable to persuasion to be admitted for treatment, as she feels her ideal body weight is four kilograms lower than her current weight.

Neither Conor nor Maeve have the capacity to decline treatment, yet with treatment, both are highly likely to recover and lead full lives. However, without treatment their trajectory will be markedly different: Conor will end up homeless or, more likely, in prison, while Maeve will physically deteriorate and likely die of starvation or cardiac causes.

Psychiatrists see cases like these every week – and the vast majority of them are successfully treated with the right care.

The proposed amendments to the Mental Health Act would restrict the treatment of patients who do not have the capacity to see that they need that treatment in the first place, on the grounds that this would impact on their human rights. This is highly dangerous, especially given this lack of insight is a core component of many severe mental illnesses.

A recent opinion piece in this newspaper written by a number of academics in the area of disability law (People with extreme mental distress are discriminated against, 07/04/22) states that the “Mental Health (Amend) Bill does not go far enough in fulfilling our obligations under the UN Convention on the Rights of Persons with Disabilities”.

The authors write that “mental health is the only area of healthcare where people can still be treated without their consent” and “there is no evidence that coercion works”.

Unfortunately, this viewpoint is heavy on polemic and light on realism and evidence. It is highly disrespectful of the needs of people with mental illness and amounts to little more than scaremongering.

The use of terms like “coercion” has no place in modern mental healthcare. People are treated under the protections of the Mental Health Act if this is necessary, which is restrictive, but not coercive.

In an era of fewer beds than we need, people are not admitted for ‘distress’.

Furthermore, the authors repeatedly state “we don’t treat people without their consent in other healthcare contexts even if their life is at risk”. This statement is incorrect, and doctors have a responsibility to provide life-saving treatment where consent cannot be obtained, due to the patient lacking the capacity to consent.

A person may be considered to lack capacity for a decision if they cannot understand, retain, or weigh up information that relates to a decision, or if they are unable to communicate their preference.

For example, this might happen in the event of a person needing life-saving surgery following a car crash or treatment following a massive stroke or heart attack where they are temporarily confused and unable to understand what is happening around them.

The authors suggest that there is no reason why someone should be treated for a mental illness who does not wish for treatment. I agree, but only in the case of people who have the capacity to consent. For those who do not, this amounts to a denial of their right to treatment, and if legislated for would result in people remaining untreated and, in some cases, dying needlessly.

The true discrimination against people with severe mental illness would be to deny them access to treatment when they are so unwell that they lack the capacity to consent to that treatment.

There is a large body of medical and scientific evidence for the treatments which the authors of the opinion piece oppose, including psychological therapies, psychosocial interventions and medications, which are offered in mainstream psychiatric services. These treatments restore functioning and decision-making capacity.

Suggesting these treatments should be made unavailable to people who lack capacity is in itself a subversion of the spirit of human rights and would reverse the course of thousands of years of medical ethics and evidence-based medicine.

Read the article in full on the Irish Examiner website here.