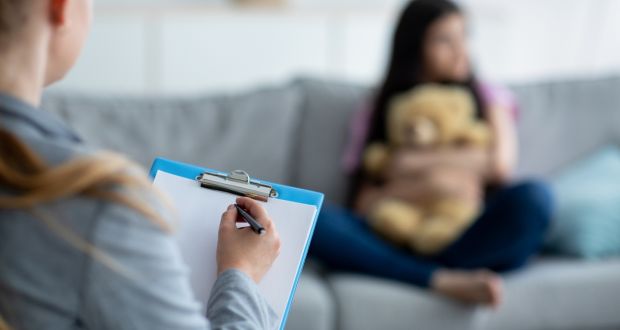 Dr Maeve Doyle speaks with the Irish Daily Mail about the concerning lack of beds for children with severe mental disorders.

The College of Psychiatrists of Ireland has warned that Child and Adolescent Mental Health Services (CAMHS) are at ‘crisis point’ as new figures reveal there are new 20% fewer hospital beds for children with severe mental disorders than a year ago.

Figures seen by the Irish Daily Mail show that four inpatient beds at CAMHS facility Galway’s Merlin Park Hospital closed this year. It comes after it was revealed in May that 11 beds in Dublin’s Linn Dara facility would have to shut for several months due to staff shortages. It means there are now just 57 inpatients beds across the country for children needing urgent mental treatment, compared to 72 in 2021.

Dr Maeve Doyle of the College of Psychiatrist of Ireland told the Mail that at least 125 beds would be required to meet increasing demand for services. In 2006, the HSE policy document ‘Vision for Change’ said 100 inpatient beds were needed – but that target has never been met. Dr Doyle, a consultant child and adolescent psychiatrist, said even more specialist beds are now required due to the increase in the population as she described the current downward trend in inpatient beds as ‘very concerning’.

‘There is a view there that if you provide enough community Child and Adolescent Mental Health Services and all those support services that you’re never going to need inpatient [beds],’ she said. ‘That’s a strange view because no matter how much preventative medicine you have in general medicine, you’re still going to have people with some medical illness. Around 2% of the children and adolescents I see are going to need inpatient treatment because of the severity of their mental disorder.’

Dr Doyle said recruitment and retention of psychiatrists is a ‘huge challenge’ with some CAMHS teams having only half the staff needed to ‘deliver a quality service’. ‘We get lots of trainees from university who are interested in psychiatry. They come in and do their specialist training, and then they’re leaving in their droves for Australia and Canada,’ she said.

Social Democrats TD and co-leader Róisin Shortall, who obtained the figures from the HSE by means of a parliamentary question, said the reduction in CAMHS inpatient beds was ‘deeply worrying’. Ms Shortall also raised concerns over the HSE’s confirmation that 29 children with severe mental health issues admitted to adult psychiatric units in 2021. Between January and May of this year, another six children were admitted to adult units.

‘Following the temporary closure of 11 beds in the Linn Dara CAMHS unit in May, there are no less than 60 inpatient CAMHS beds nationwide, 20% less than in 2021. This is well below the 100 beds recommended as far back as 2006,’ Ms Shortall said. ‘We know staff shortages are a major barrier to increasing beds but this is not a new phenomenon. Targeted solutions are urgently required to recruit staff and expand services, and to put a stop to the troubling practice of admitting children to adult psychiatric units.’

The Children’s Rights Alliance called for a ‘clear target’ for increasing inpatient bed capacity along with a budget to improve mental health services for young people. A spokesman said: ‘We hear on our information helpline the impact that waiting for treatment has not only on the child or young person, but on their whole family.’

A spokeswoman for the HSE said last night it is ‘committed’ to providing inpatient CAMHS services, and is recruiting psychiatric nurses to reopen the Linn Dara beds in September or October. ‘The number of young people admitted to adult psychiatric units has declined significantly over the past few years, from 83 in 2018 to 29 last year,’ she added.