I Dream of Painting and then I Paint My Dream 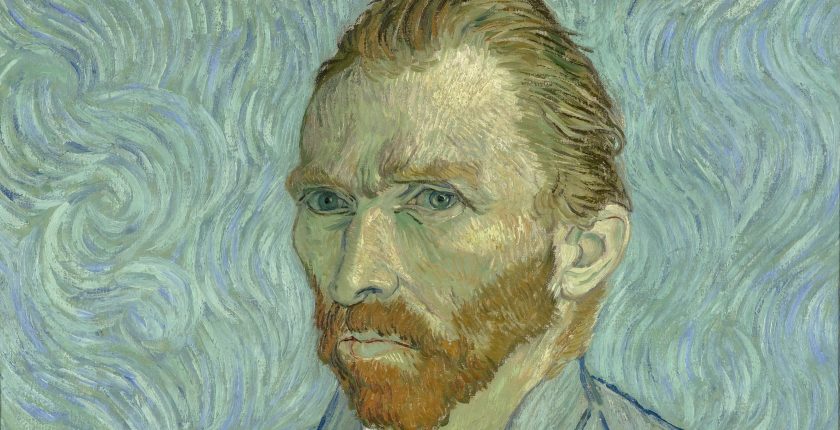 Psychiatry trainee Dr Aoife O’Callaghan explores the art of Vincent van Gogh, theories around the mental illnesses he may have suffered and how those illnesses influenced his art and his ability to create.

This article by Dr Aoife O’Callaghan with help from Dr Orla Fitzgerald was originally published in Think Tank, a quarterly e-newsletter for trainees by the CPsychI Training Committee. This issue focused on the body and the mind.

This issue’s theme of body and mind got me to thinking about one eminent artist, as renowned for his self-imposed ear amputation as his post-impressionist paintings. Vincent van Gogh is postulated to have suffered from frequent episodes of depression, paralyzing anxiety and, according to some accounts, symptoms of bipolar affective disorder.

“I am so angry with myself because I cannot do what I should like to do, and at such a moment one feels as if one were lying bound hand and foot at the bottom of a deep dark well, utterly helpless.”

Van Gogh is an artist whose work has been proposed by some to have been heavily influenced by his experiences of mental health issues throughout his life. Others feel his mental illness hampered his work, rather than driving it. Born on March 30th   1853 in Zundert, Netherlands, he was the son of a church minister and a housewife. He had two younger brothers and three younger sisters. Throughout his early life, he had several failed careers, starting out as an art dealer, followed a failed   application to the priesthood and later missionary work before finally settling on working as an artist. He moved around several times in his life, living in the Netherlands, UK, Belgium and, finally, France.

We know that van Gogh’s lifestyle was not what would be considered healthy, and he was known to have been a heavy smoker as well as a heavy drinker, subsisting at one point primarily on bread, coffee and absinthe (which was hugely popular   amongst French artists due to its bohemian associations).

He died by suicide at the age of 37 on July 29th 1890 in Auvers sur-Oise in France. Although he is now one of the most renowned painters to have ever lived, in his lifetime he sold only one painting, for 400 francs, $1,000 in today’s money. His   paintings went almost entirely unsold in his lifetime, and only started to attract acclaim after his death. Notably, his most expensive painting sold for $82,500,000 in 1990 at Christie’s.

He had several documented hospitalisations over the years. In 1881, he was treated in the Hague, Holland, for gonorrhoea. From February to March 1886 he was treated in Antwerp, Belgium, for syphilis. From December 1888 – March 1889 he   was admitted to an asylum in Arles following his well-documented incident of deliberate self-harm – cutting off his own ear. On this admission he received a diagnosis of “acute mania with generalised delirium”. His hospital notes state that he   severed his left ear with a razor, after he had been “assailed by voices” after an argument with a fellow artist, Paul Gauguin. He bandaged the wound, wrapped the ear in paper, and brought it to a prostitute at a brothel he regularly frequented,   saying “Keep this object like a treasure”. This episode is thought to have been precipitated by alcohol intoxication, lack of sleep, work stress and troubles with Gauguin.

From his letters to his brother Theo, we know that he had no recollection of the event. This was a short admission, and he returned home in January 1889, but he returned to hospital several times between January and March of that year, suffering   from hallucinations and delusions of poisoning. This may, in fact, have been true as foxglove, which was used as a remedy for mental health conditions at the time, combined with lead poisoning from his oil paints along with his excessive   consumption of absinthe, may in fact have accelerated his destructive path.

From May 1889 until May 1890 he self-admitted to Saint-Paul-de-Masoule Asylum in Saint Remy. At the time of admission he wrote, “Sometimes moods of indescribable anguish, sometimes moments when the veil of time and fatality of circumstances seem to be torn apart for an instant”. His symptoms included problems with his stomach and digestion, hallucinations and nightmares. Initial attacks of confusion and unconsciousness were followed by periods of stupor and   incoherence, rendering him unable to paint, draw or even write letters. His illness appeared to stop him from working for long periods.

“Sometimes moods of indescribable anguish, sometimes moments when the veil of time and fatality of circumstances seem to be torn apart for an instant.”

He made full recovery between these attacks. However, the attacks became more frequent by 1890, the longest lasting some nine weeks. He often mentioned suicide in his letters to Theo during this time, confiding “And without your friendship I   would be driven to suicide without pangs of conscience, and as cowardly as I am, I would finally do it”.

In May 1890 he moved to Auvers-sur-Oise to be closer to both his brother Theo, and Dr Paul Gachet.

Dr Gachet was a patron of the arts and recommended to Vincent by Camille Pisarro, having treated Renoir, Manet and Cezanne. Vincent described Gachet as “sicker than I am, I think, or shall we say just as much”. After ten weeks of consultations, van Gogh shot himself in the chest with a Lefaucheux revolver. He died thirty hours later, and according to Theo, his last words were, “the sadness will last forever”. His last works of art reveal a dark psychological state.

“I have nature and art and poetry, and if that is not enough, what is enough?”