The College of Psychiatrists of Ireland > Blog > Blog > For Doctors with mental illness, ‘help me’ can be the hardest words

For Doctors with mental illness, ‘help me’ can be the hardest words 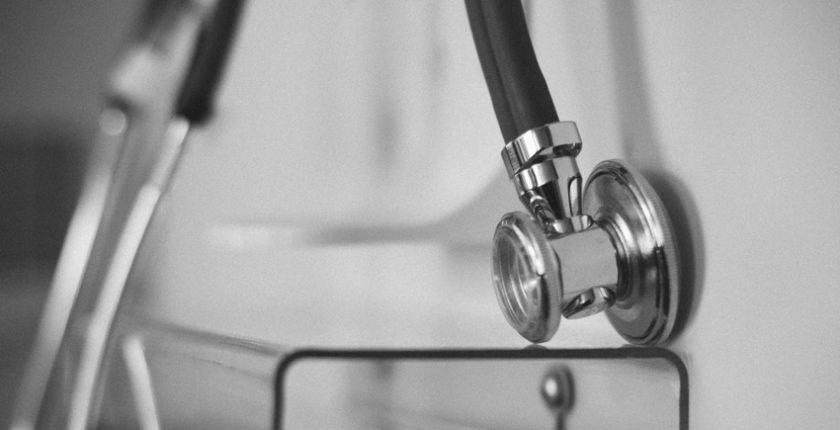 There is a greater openness about mental health generally, but for medical professionals the taboo remains.

This article, written by Clare Gerada, appeared online at the Guardian on 06.06.18.

The charity Mind has found that almost half of all patients consulting their general practitioner do so for problems with their mental health, such as anxiety and depression. This will not be a surprise to most GPs. These illnesses are common; but there is now also a greater willingness to talk about them, and to seek medical help. That is to be welcomed.

But the taboo persists, in some areas more stubbornly than others. One of those, paradoxically, is the other side of the consulting room. Doctors also suffer from mental illness and, in fact, have high rates compared with the patients they see. One survey found 85% had experienced some kind of mental health problem.

Sometimes these problems escalate way beyond our ability to cope. Dr Daksha Emson, a talented psychiatrist, killed herself and her three-month-old baby, Freya, in 2000. The incident took place during a psychotic episode that was a consequence of Emson’s bipolar affective disorder, which had been triggered by a bout of postnatal depression.

Her husband, David, a radiographer, still lives in the same house. A large colour photo taken the day before they died has pride of place in his front room. Emson looks joyful and so proud to be a mother. Her pain and torment are hidden from view, her smile masking her inner suffering.

This kind of masking of pain is, sadly, typical of doctors. They learn early in their training to hold the line, to come across as stoic, to turn up ready for work come what may, and never to admit to their vulnerabilities.

Despite the fact that 10-20% of them have suffered from depression, and suicide rates are reported to be much higher than among other professional groups or the general population, doctors have poor access to mental health care.

The reasons doctors do not always seek the treatment they provide to their own patients are complex and varied, but personal, professional and institutional stigma play a part. On a personal level, they might fear that, if they disclose a mental illness, they will be subject to sanctions from their employer or professional regulator, or even lose their job. They also fear a loss of confidentiality – that their personal details will be disclosed outside the safe space of the consulting room, gossiped about among colleagues or brought to the attention of their employers. Emson was constantly frightened of being “found out”, of being exposed as someone needing help. As with many doctors, she felt ashamed of having a mental illness, of not being able to “fix herself”.

Patients and the public sometimes find it difficult to accept that doctors can be sick. Dr Wendy Potts was a general practitioner who also had bipolar disorder. When she began to write a blog about her experience of suffering from a mental illness, a patient complained. Potts was referred to local disciplinary processes and to the General Medical Council. She went on to take her own life. At the inquest, the coroner said the system had lost sight of the patient behind the professional.

Doctors sometimes suffer because of patients’ need to place them on a pedestal. They are idealised as quasi-divine healers, without the same vulnerabilities or disabilities as the rest of us.

Doctors who are asked to treat other doctors find it difficult as well. Many feel slightly embarrassed when seeing colleagues. They find it hard to accept that a doctor could have two personae – a strong, powerful medic on the one hand and a frightened and sick individual on the other. Consultations are difficult, particularly where mental health is concerned. In the first instance, doctors often prefer to have corridor conversations – rushed snippets of care outside the normal consulting-room environment, or informal advice from friends or acquaintances – rather than official appointments that might risk the humiliation of taking on the role of the patient.

All of these factors can prevent the sick doctor accepting the sometimes obvious fact that they are unwell. And, as with Emson, that can have tragic consequences. The doctor seeking help, and the one dispensing it, can both fail to identify the seriousness of the problem.

For the past decade, I have been the head of a service for doctors with mental illness: the Practitioner Health Programme (PHP). It was set up after the inquests into the deaths of Emson and her daughter, in order to overcome the many barriers that doctors face when they fall ill. (I am also setting up a group for those who are bereaved after the suicide or sudden death of a doctor.)

Over the years, about 5,000 doctors with mental health problems have contacted the PHP. Most have depression, anxiety, and symptoms suggestive of post-traumatic stress disorder. Many talk of the stigma they face once their mental illness is out in the open.

Over the years, much has changed. Members of the royal family have championed the need to speak out about psychological problems; funding has increased for services and recently there has been a focus on expanding mental health services for mothers and babies. However, the taboo remains.

David Emson stares at the photo of his “girls”. More than anyone else, he understands that, without change, tragedies such as the one that tore his world apart will continue to happen. We must allow doctors to become patients without the fear of sanctions or blame, and afford them the same compassion as they are expected to give to their own patients.

• Clare Gerada is the former chair of the Royal College of General Practitioners.