The College of Psychiatrists of Ireland > Blog > Blog > Depression in Ireland – where do we stand today?

Depression in Ireland – where do we stand today? 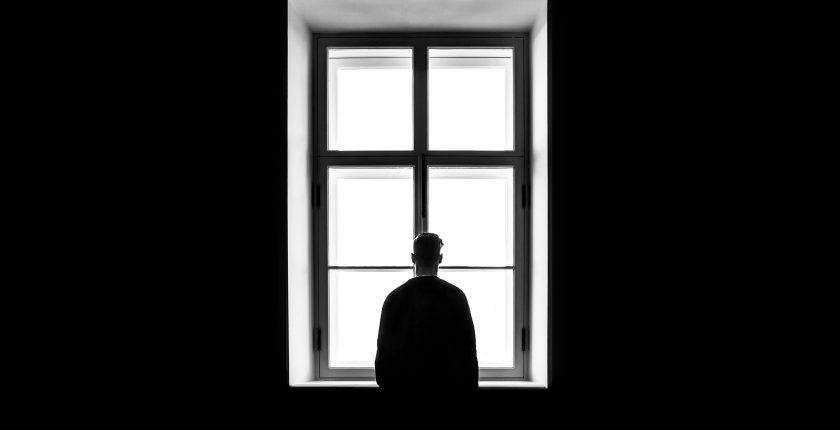 Prof Brendan Kelly gives a comprehensive overview of the incidence, diagnosis and multifaceted treatment of depression.

Depression is a common, disabling mental illness. According to the World Health Organisation (WHO), more than 300 million people suffer from depression, which is now the world’s leading cause of disability.

Almost 800,000 people die by suicide each year. There are, however, signs of progress. Globally, the suicide rate has fallen by 38 per cent since 1994. In Ireland, the National Office of Suicide Prevention (NOSP) advises that 554 people died by suicide in 2011, but this fell by 23 per cent, to 425, in 2015 (the most recent year for which final figures are available). Provisional figures for 2016 and 2017 suggest a continued decline (with 399 and 392 suicides, respectively).

Of course, even these numbers are far too high and there is good evidence that many who die by suicide suffer from depression, suggesting that prompt treatment of depression might not only reduce suffering, but also save lives.

One of the key challenges in treating depression is the fact that the clinical picture varies greatly between individuals.

In its International Classification of Diseases (ICD-10), however, the WHO outlines a range of symptoms that are especially common features of depression in many people.

These include:
– Low mood, feeling down, or feeling low;
– Loss of interest and enjoyment in activities which are usually pleasurable;
– Reduced energy, leading to increased fatigability and reduced activity;
– Marked tiredness after slight effort;
– Reduced concentration and attention, with reduced ability to read or follow programmes on television;
– Reduced self-confidence and self-esteem;
– Ideas of unworthiness and guilt;
– Pessimistic, bleak views of the future;
– Hopelessness and feelings of helplessness;
– Ideas or acts of self-harm, or ideas or acts of suicide;
– Disturbed sleep, especially difficulty falling asleep, fragmented sleep, early-morning waking (or, unusually, excessive sleep); and
– Reduced appetite, generally resulting in weight loss (or, unusually, increased appetite).

The symptoms and signs depend on the person’s character, their life situation, any stresses triggering their depression, and various other factors.

According to the WHO, these symptoms should, for the most part, last for a fortnight, but shorter periods are reasonable if the symptoms are unusually severe or of rapid onset. Depression can be mild, moderate or severe, and can include especially distressing symptoms, such as delusions or hallucinations. The person with severe depression may also feel very slowed down, with reduced bodily movement and a slowing of bodily functions (ie, loss of interest in sex).

The ICD-10 guidelines are intended to assist with recognising depression. It is not intended that they be used in a ‘tick-box’ fashion to diagnose depression. They are best seen as a guide to the set of questions which need to be answered when deciding whether or not someone has depression.

There may also be features of suicidality. At one end of the spectrum, this can be in the form of a ‘passive death wish’, which is an apparent desire to be dead without intent to take actions to die. For example: ‘I would never kill myself, but I wouldn’t mind if I never woke up again.’ Active suicidality is at the other end of the spectrum and may involve making detailed plans or engaging in actions with the intent of killing one’s self.

Again, this varies greatly from person-to-person, and should always be asked about. It is also important to ask about alcohol and drug misuse, comorbid medical illnesses, recent life events, childhood risks, and the person’s current social situation.

As a result of the diversity of possible presentations of depression and the range of other diagnostic possibilities, depression is often missed or misdiagnosed, even though depression may account for up to 10 per cent of all consultations with GPs.

Treatment of depression is based on a biopsychosocial approach to management; ie, there are psychological treatments (such as cognitive behavioural therapy (CBT)), ‘biological’ treatments (such as medication) and social interventions, all of which can be combined to suit the needs and circumstances of any given individual.

Usually, the psychotherapist will meet the patient once per week and point-out errors or unhelpful patterns which may deepen or prolong depression. Together, the patient and psychotherapist identify ways to address these errors and habits, and incrementally improve symptoms of depression. For some patients with mild or moderate depression, the benefits of CBT can exceed those of antidepressant medication.

Therapies based on mindfulness, too, offer very specific benefits for many individuals. Mindfulness means paying attention to the present moment, simply and directly. It involves maintaining a careful awareness of your thoughts, emotions and actions, but not judging them. It involves staying focused on the present moment as much as possible, and when your mind wanders, gently re-directing it back to ‘now’: The feeling of the chair you’re sitting on, the smell of fresh coffee, the person with whom you are speaking.

Regarding social interventions, there are well-described relationships between depressive symptoms, stressful life events and deficits in social support. Specific social interventions include provision of social support, measures to increase social engagement (ie, going out) and introduction of befriending services for individuals who are isolated, poorly-integrated and experiencing socially-disabling symptoms. Elements of national social policy may also be relevant: Social welfare arrangements, for example, have significant effects on depressive symptoms, with the receipt of Government entitlement benefits by unemployed women showing a significant association with reduced depressive symptoms in the long-term.

Choice of medication will depend on severity of the depression, the patient’s treatment history and patient preference. It is important that the decision to start an antidepressant medication is made jointly between the patient and the doctor or mental health team, and is carefully reviewed after around six weeks to see if progress is occurring. If progress is not satisfactory, treatment needs to be adjusted or reconsidered.

Approximately two-thirds of patients with moderate or severe depression respond to the first antidepressant prescribed. In these patients, the medication should be continued for six-to-nine months after recovery from a single depressive episode.

For individuals who have experienced multiple depressive episodes, there is evidence to support continuation of treatment for up to two years. If there is no or insufficient response to the first antidepressant prescribed after several weeks, it is recommended to either increase dose, switch to a different antidepressant, or engage in a broader reconsideration of therapeutic options. In the event of poor response after a second antidepressant, alternative treatment strategies may be required (ie, an antipsychotic medication or lithium, a mood-stabilising medication) and/or referral to a specialist psychiatry service.

Many individuals experience no side-effects whatsoever from antidepressant medications. Others experience mild adverse effects (ie, transient nausea or sickness in the stomach) but opt to stay on the medication on the basis that the positive effects (improved mood) exceed any side-effects. Other side-effects may include headache, drowsiness, weight change and various others, depending on the specific medication. In all cases, potential side-effects should be discussed carefully prior to treatment.

Specific side-effects vary between different medications and are detailed on the information sheets provided with the medications themselves. Particular care and specialist advice are required for children.

In 2010, the College of Psychiatrists of Ireland noted that “effective treatment of depression is an important means of reducing suicide rates”.

It also pointed out that “antidepressants are effective in the treatment of depression. The effective treatment of depression is an important means of reducing suicide rates. The College of Psychiatry of Ireland, in unison with the advice of the Irish Medicines Board [now the Health Products Regulatory Authority], recommends close monitoring of all individuals commenced on antidepressant therapy. There is no evidence of a link between antidepressant use and homicide.”

ECT is an effective treatment for severe, treatment-resistant or life-threatening depression. ECT is often shown in movies and on television as it was administered in the 1950s, in a haphazard fashion, without anaesthetic. Today, ECT is used less commonly, is given under general anaesthetic, and the vast majority of treatments are entirely voluntary.

Like many treatments across all areas of medicine, it is not understood how ECT works. There is, however, strong evidence that, for a small minority of patients whose depression is severe, treatment-resistant or life-threatening, ECT provides rapid and substantial relief, and can, in some, prove life-saving.

The treatment involves the patient receiving a general anaesthetic twice per week for four-to-six weeks, and, while under anaesthetic, an electric current being applied across the brain, producing brain activity similar to that seen in an epileptic seizure or fit.

Does ECT work? The popular literature on ECT is wide and varied, and much is driven by ideology rather than scientific research. In recent years, however, a very clear picture has emerged. In England, the National Institute for Health and Care Excellence (NICE) reviewed the entire evidence base for ECT and now recommends ECT for the treatment of severe and complex depressive illness, a prolonged or severe episode of mania, or catatonia (severe physical manifestations of mental disorder), in order to gain fast and short-term improvement of severe symptoms once all other treatment options have failed, or when the situation is life-threatening.

Predictors of good response to ECT include severe depression, delusions and prominent biological symptoms (ie, loss of weight, loss of appetite, early-morning waking and diurnal mood variation). Potential side-effects include headache and memory difficulties, and while these are short-lived in the majority of cases, some people report persistent memory problems.

Careful explanation of side-effects is essential prior to treatment to allow patients to weigh-up the positives against the negatives and make informed choices.

Depression is a common, treatable condition. It is regrettably under-recognised and, as a result, under-treated. In Ireland, approximately 6 per cent of people report having used an antidepressant in the past year, which is slightly below the European average (7 per cent) and well below Northern Ireland (14 per cent). It is important, of course, that medication, like all treatments, is used judiciously and only when indicated. But when used correctly, all of these treatments can be life-saving.

Prognosis is better if the person does not use alcohol or drugs, adheres to their personal treatment plan, and takes active steps to maintain mental wellness following recovery; ie, has a healthy diet and lifestyle, maintains good physical health, and sustains links with family and friends.

Reliable information about mental health can be sourced from the websites of the HSE (www.hse.ie/eng/health/az), College of Psychiatrists of Ireland (www.irishpsychiatry.ie), Royal College of Psychiatrists in London (www.rcpsych. ac.uk), UK NHS (www.nhs.uk) and National Institute of Mental Health in the US (www.nimh.nih.gov). Evidence-based guidance about specific treatments can be found on the NICE website (www.nice.org.uk). Aware also provides extensive and reliable information on its website (www.aware.ie).

Guidance on strategies when antidepressant medication does not help sufficiently is provided in a book titled Still Down: What to Do When Antidepressants Fail by Dr Dean F MacKinnon MD (Johns Hopkins Press, 2016). Other useful books include:

Coming Through Depression: A Mindful Approach to Recovery by Tony Bates (Newleaf, 2011).

Flagging the Therapy: Pathways Out of Depression and Anxiety by Dr Harry Barry (Liberties Press, 2009).

Malignant Sadness: The Anatomy of Depression by Lewis Wolpert (Faber and Faber Limited, 1999).