Deirdre Morley case could be a ‘trigger’ for vulnerable individuals 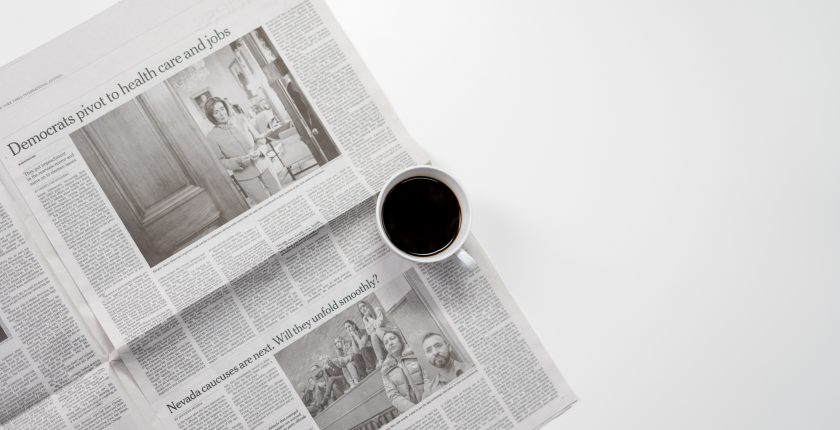 Consultant perinatal psychiatrist and College of Psychiatrists of Ireland spokeswoman Dr Joanne Fenton spoke with the Irish Independent about the effects of the Deirdre Morley case on those with mental health issues, who should seek help if they find the extensive coverage difficult.

Read the original article on the Irish Independent website here.

Women who have suffered from postnatal depression and other mental illnesses are being “triggered” by the extensive media coverage of the tragic Deirdre Morley case, mental health experts have warned.

“Whenever there is a high-profile, tragic case, it can have an impact on women and also men,” said Dr Joanne Fenton, consultant perinatal psychiatrist at Dublin’s Coombe hospital and spokeswoman for the College of Psychiatrists of Ireland.

“It can be triggering for some individuals. The important thing is not to be afraid of how you are feeling. There are supports out there. Anxiety and depression are common and there are ways of treating these conditions.

“If you have concerns, it’s important to talk to your family support system or get support from your GP or elsewhere. There is stigma around mental health still. We are always trying to break that down.

Dr Fenton said between 10 and 20pc of mothers will suffer from postnatal depression.

“If for more than 14 days you are feeling anxious or depressed and it’s having an impact on your life, you would want to attend your GP so you can get a referral to a mental health service within a hospital,” she said.

There are 19 maternity units across Irish hospitals. At Dublin’s three maternity hospitals, as well as in hospitals in Limerick, Cork and Galway, there are multi-disciplinary perinatal teams to assist women struggling psychologically following or during pregnancy.

“The help is there and people shouldn’t be scared to look for it,” Dr Fenton said.

Conor (9), Darragh (7) and Carla (3) were killed by their mother Deirdre Morley in January 2020. Ms Morley was found not guilty of their murders by reason of insanity a fortnight ago.

Enda Murphy, psychotherapist and director of seeme.ie, said it was “understandable” that some people with mental health issues are being “deeply affected” by the case.

“When a high-profile case like this hits the media, it can trigger a chain reaction in people’s heads. For women suffering from postnatal depression or other depression disorders, a case like this can cause great distress,” he said.

Mr Murphy said women and men who have had intrusive thoughts about self-harming or harming their children would find this case “challenging”.

“Anyone who has ever had similar feelings could be finding this a very stressful case. If someone can identify with feeling that low, the thought can be back in their head: ‘If this woman could do that, could I be driven to it?’

“It’s that ‘maybe’ factor that causes problems for people. Women can start taking precautions to ensure they don’t do something to harm others, such as hiding knives. But that behaviour actually reinforces the triggering problem.”

Mr Murphy agreed that seeking help was the key for anyone struggling.

It emerged last week that Andrew McGinley, the father of the three children, was forced to close a Facebook account due to “horrific” comments directed at his mentally ill wife.

The page, named ‘Conor’s Clips’, was being used to promote initiatives set up to remember the three children.

After the trial, Mr McGinley said he had been unaware of the rapid deterioration in his wife’s mental health and that she had not revealed the full extent of her illness. He is using the media attention on the case to campaign for changes to the Mental Health Act and was using social media to promote the memory of his children.

However, explaining his decision to leave Facebook, the grieving father said: “I thought I was made of tougher stuff but Facebook is not a place I want to be anymore.”

While most of the posts were supportive, he has been targeted by trolls making comments “about me and my family from people who have no knowledge of mental health, our family or anything relating to life with mental health”.

“They type with an air of confidence but when challenged by me they delete their posts. Whether they post for ‘likes’ from fellow trolls, I don’t know, but I think there are too many here that I don’t find anywhere else.

“Therefore I’m choosing to go. You’ll find us elsewhere and I hope you’ll join us there. Thank you so much for your love and support.”

Read the original article on the Irish Independent website here.