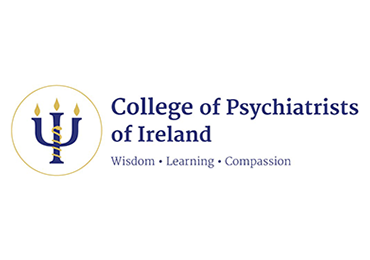 The below CPsychI press statement was published on 22 August 2022. Read in full below or via PDF here.

The College of Psychiatrists of Ireland has warned that Government failings on mental health are putting patients’ lives at risk, and that a radical overhaul of the entire system is needed as an urgent priority.

The College said that major problems were evident across all mental health services, including unacceptable waiting lists for children and adults who need urgent care and inadequate resources for prisoners, both of which are occurring against the backdrop of a significant recruitment and retention crisis among doctors.

It said that major government investment and a detailed plan on resourcing were needed in order to deal with a “tsunami” of mental health issues faced by people across the country.

Speaking today, Dr William Flannery, Consultant Psychiatrist and President of the College of Psychiatrists of Ireland, said: “The provision of mental health services in this country is in a dire state, and major problems are evident across the board for children, adolescents and adults. We are currently experiencing unacceptably long waiting lists for urgent care – and the crisis is particularly acute among children and adolescents who are the cohort who need to be treated particularly rapidly. This is a huge failing, particularly when public confidence in Child and Adolescent Mental Health Services (CAMHS) is so low given recent revelations on resourcing.”

He said that an added issue was the fact that over 3,000 children and adolescents were turned away from CAMHS services in the first four months of this year even after being referred to the service by a GP. “This is a depressing example of how disjointed and inadequate our health services are,” he said.

He also said that recent reports of mental health issues experienced by inmates in the prison system were highly disturbing. “It is not right or fair that certain inmates suffering with mental illness are detained in prisons – this has a seriously deleterious effect on these people, other inmates and indeed staff in prisons.”

Dr Flannery added that a consistent negative theme in mental health services was the recruitment and retention crisis which is resulting in a steady stream of medical professionals leaving the health system. “Our medical professionals are underappreciated and overworked, and they are leaving our underfunded and underresourced system in their droves. It is patients who will ultimately be affected by this crisis. If the Government is serious about the wellbeing of all people, it will address these systemic issues as a matter of urgency in the forthcoming Budget.”

Issued on behalf of the College of Psychiatrists of Ireland by Gordon MRM.