The College of Psychiatrists of Ireland > Blog > Blog > British Journal of Anaesthesia: Does opioid substitution treatment have a protective effect on the clinical manifestations of COVID-19?

British Journal of Anaesthesia: Does opioid substitution treatment have a protective effect on the clinical manifestations of COVID-19? 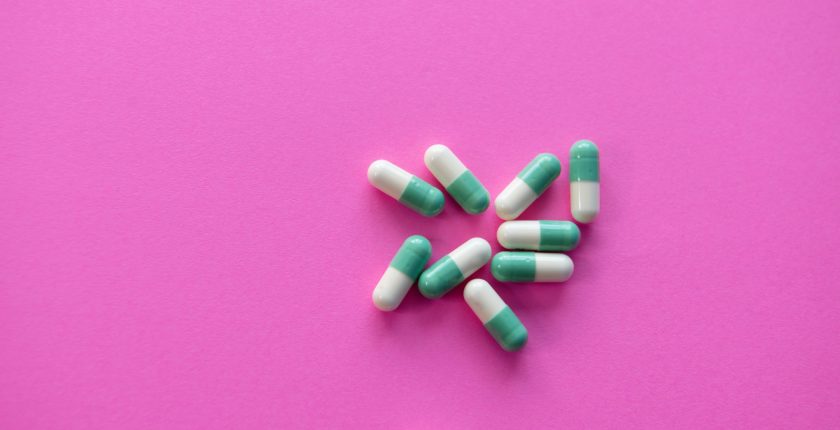 Despite their vulnerability, people who misuse opioid drugs have an unexpectedly low incidence rate of COVID-19 both in Ireland and internationally. Along with the potential therapeutic effects of opioids, studies on the effects of opioids in the pathogenesis of SARS-CoV-2 infection are warranted, say Consultant Psychiatrists in Addictions – Fiona Fenton, Marie Eagleton, Siobhan Stokes and Eamon Keenan.

This correspondence originally appeared as a letter to the editor in the British Journal of Anaesthesia.

Read the online version on the British Journal of Anaesthesia website here.

Editor—A recent letter acknowledged the perceived clinical vulnerability to severe acute respiratory syndrome coronavirus 2 (SARS-CoV-2) infection of groups chronically treated with or using opioids, but noted there was little published clinical data to support this prediction. Other international reports have described an unexpectedly low incidence of coronavirus disease 2019 (COVID-19) in people who misuse drugs. In Ireland, a rapid response to the pandemic was introduced to ensure that those already treated with opioid substitution treatment could continue to be treated and that those who were newly identified with opioid use disorder were rapidly inducted onto opioid substitution treatment (methadone or buprenorphine). Many patients with opioid use disorder are considered to be more vulnerable to SARS-CoV-2: a significant number have dual diagnoses and complex care needs, including homelessness and underlying conditions, such as hepatitis C virus infection, human immunodeficiency virus (HIV) infection, or chronic respiratory conditions. Because of their increased vulnerability, extensive protective measures were introduced for this population on opioid substitution treatment, including twice weekly review of their COVID-19 status, provision of accommodation, and take-away medication.
Despite 11 223 individuals being in receipt of opioid substitution treatment in Ireland, by the end of July 2020, less than 20 cases (∼0.18%) of COVID-19 had been reported, few if any presented with clinical symptoms and no deaths from COVID-19 were reported. At that time in Ireland, there were almost 26 000 confirmed cases of COVID-19 infection, 48% of these in the Dublin region where ∼70% of opioid-dependent people reside. People who use drugs frequently share drug paraphernalia, and many of the treatment clinics are in congested inner city areas where public transport is used to access treatment. Given the scale of the COVID-19 pandemic, the highly contagious nature of the virus, and the social challenges faced by many in this population, the protective measures taken are unlikely to explain fully the low incidence of clinical disease in this population. Conversely, the disease proliferated in meat plant workers, another group who are in close contact and often living in shared accommodation. Despite the phased reopening of Ireland in recent months, including a return to regular clinic attendance by most patients on opioid substitution treatment and a recent upsurge in cases nationally, there remains no significant incidence in this population.
Opioids are recognised as respiratory depressants, and the use of opioids, including methadone, as cough suppressants is long established. Given that patients treated with opioid substitution treatment may already have a respiratory burden, it is remarkable that so few have presented with signs or symptoms of COVID-19. Could specific opioid substitution medication act in a protective way so that infected patients do not express the typical cough, high temperature, or respiratory distress associated with COVID-19? In addition to their effects on the CNS, opioids may have widespread effects on the immune system, on lung function, and on viral disease, which has been extensively studied. Whilst opioids are generally considered immunosuppressive, pro-inflammatory effects of opioids resulting in elevated levels of inflammatory biomarkers in patients undergoing opioid substitution treatment have been described. The role of opioids in the pathogenesis of viral infection has been reviewed. Notably, the effects of opioids on viral pathogenesis are virus specific and may be detrimental with some viruses (e.g. HIV, influenza virus, and herpes simplex virus), but beneficial in others (e.g. disease caused by respiratory syncytial virus). Others have suggested that short-acting opioids, such as heroin and morphine, cause dysregulation of immune function, whilst long-acting opioid drugs, such as methadone and buprenorphine, can progressively restore immune function and cytokine expression, an effect probably mediated by constant activation of the mu-opioid receptor. It therefore merits consideration that opioid substitution treatment has a direct effect on the inflammatory response to SARS-CoV-2 and may be protective against this virus in particular. A recent editorial considered the modulatory effects of both opioids and cannabinoids on inflammation in viral respiratory pathology, and proposed a potential therapeutic role of these drugs in the treatment of COVID-19. Whilst these authors suggest a role of opioids and cannabinoids in ameliorating an exaggerated immune response to SARS-CoV-2, we suggest that long-acting opioids, such as methadone and buprenorphine, may also act to protect against development of disease.
Of potential significance is evidence that markers of oxidative stress that are often dysregulated in people who use heroin are, in methadone-treated patients, comparable with those levels found in normal controls. These authors also note that methadone increases the levels of brain-derived neurotrophic factor in heroin-dependent patients, and that patients treated with methadone may be in a balanced state of reduced oxidation. Oxidative stress is associated with poor outcomes in critically ill COVID-19 patients and represents a final common pathway to multi-organ failure. Redox imbalance plays a role in acute respiratory distress syndromes, and therefore, rebalancing the production and removal of reactive oxygen species (ROS) has been a therapeutic target in critically ill patients. Cytokine storm is a significant cause of mortality with SARS-CoV-2 infection, and ROS play an important role in the activation of inflammation and subsequent immunopathological changes in the lung. Opioids have been considered as a potential therapeutic approach in COVID-19.Could drugs used for opioid substitution treatment help maintain antioxidant capacity in patients exposed to this virus?
Prompt access to opioid substitution treatment is a critical component of the management of opioid dependency. Our empirical observations of a very low COVID-19 disease prevalence in a treated opioid-dependent cohort widely considered to be vulnerable to such infection and a corresponding dearth of international reports of same are noteworthy. These findings, taken together with the increasing body of literature describing the widespread systemic effects of opioids, warrant the conclusion that studies on the effects of opioids in the pathogenesis of SARS-CoV-2 infection are warranted. Formal evaluations and research designed to test the effects of long-acting opioids, such as methadone, buprenorphine, or opioid antagonists, such as naloxone, on COVID-19 are required.
addiction psychiatry addictions COVID-19 opioid treatment research