The College of Psychiatrists of Ireland > Blog > Blog > Alive and Kicking on Newstalk: Is There a Stigma Around Anti-Depressant Medication?

Alive and Kicking on Newstalk: Is There a Stigma Around Anti-Depressant Medication? 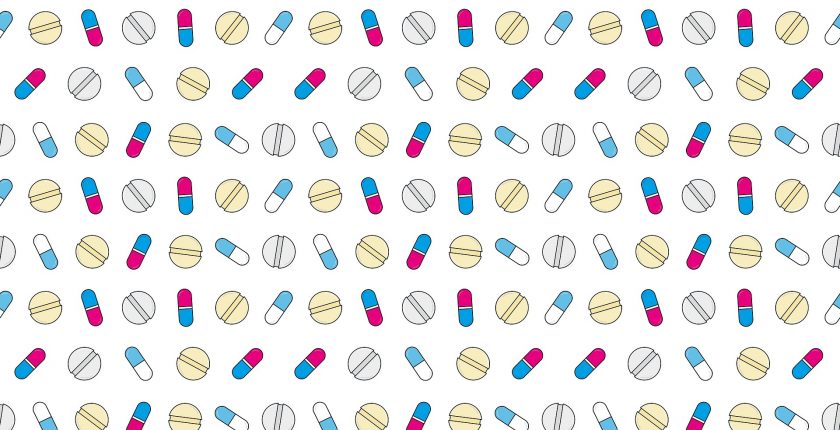 Higher Specialist Trainee in Psychiatry, Dr Rosie Plunkett speaks to Sarina Bellissimo to tackle the stigma surrounding anti-depressant medication. The discussion covers when it might be appropriate to speak with a GP, the different types of anti-depressants that may be prescribed, and why stigma around these medications might exist.

Read snippets from their discussion below, and listen to the interview in full on Newstalk here which begins at around 00:29:00.

The discussion began with a breakdown of what depression is, what symptoms there are, how someone is diagnosed and what “markers” are used by GPs and Psychiatrists to diagnose depression.

“[Clinical depression is] something that is present with the person most of the time, for most of the days of the week, and that it’s lasting for a couple of weeks pervasively. People won’t be surprised to hear that low mood is one of the cardinal symptoms, but also feeling an inability to experience pleasure, and a lack of energy that is quite pervasive can be the ‘cardinal symptoms’.”

Other symptoms include biological symptoms (like unusual appetite, disrupted sleep, low libido and decreased energy) as well as cognitive symptoms (such as self-critical thoughts, hopelessness and misplaced guilt). Visiting a GP to work through these symptoms and determine a cause is a good first step.

“If symptoms are mild or moderate, it’s almost always a GP that you would see and that would manage your treatment. Most of them are quite expert at this point in treating mild or moderate mental health problems. If there’s complexity, like if there’s an issue around psychosis symptoms or risk issues or if you haven’t responded to a treatment, a GP might enlist the help of a psychiatrist at that stage. But a lot of the time this managed in primary care.”

There is more than one type of anti-depressant, and each ‘family’ of medication can work in a different way. The most common of these are a group referred to as SSRIs (selective serotonin reuptake inhibitor), which alter the way serotonin behaves in the brain. On the topic of fear and stigma around anti-depressants and their potential side-effects, Dr Plunkett noted the sources of these fears and why they are misguided:

“I understand that fear, and I think that fear is something culture and media and different movies has probably propagated over the years and also, to be fair, it can be the case that with some psychotropic medications they can make people feel ‘numb’ or ‘dull’…. But that’s not a treatment effect. That’s never what we’re looking for. Most anti-depressant medications don’t have a sedating effect and don’t in any way cause ‘zombie-like’ symptoms. But of course when someone’s taking a treatment that they know is going to affect their mind and their brain, they’re worried about what that means.

Once a person starts taking the treatment and sees, actually, how it works, so often people come back to me and say, ‘God, I’m really glad I started that. Yes I was afraid, but actually I feel like myself, but I don’t feel as depressed.'”

Weight gain has been noted as a side-effect of a certain class of anti-depressants, and Dr Plunkett suggests speaking with the person handling their treatment to raise concerns rather than trying to come off the medication earlier than they should. In fact, raising these concerns before starting treatment is suggested.

Dr Plunkett also emphasized that feeling positive while on anti-depressant medication is not necessarily a sign to stop taking it:

“The effect of the treatment is really while you’re taking it, and maybe for a short period of time after. There’s not a hugely lasting effect of these medications after you’ve stopped taking them.

“If you’ve had or you are having one-off episode of low mood or anxiety and you are prescribed medication, get to where you feel fully well again, and then we recommend you continue it a few months thereafter, almost like you’re finishing a course of antibiotics. The reason for that is that your risk of relapsing, of your symptoms coming back and becoming problematic again, is more much more reduced if you finish out that time period instead of if you stop as soon as you’re well.

“It can be difficult for people to do that when they feel like, ‘I’m taking this and I don’t need it anymore’, but the benefit in terms of relapse prevention of finishing a duration of treatment is huge compared to stopping it and maybe depressed or anxious again, and feeling really let-down by that.”

Oftentimes I think people can see medical interventions in general as ‘not natural’ or ‘not pure’, and we can be aiming for this ‘natural’, ‘pure’ myth, but the fact is that there’s no reason to be ashamed of taking these medications any more than taking any medication. I think that society hasn’t fully caught up to where we are in terms of the effectiveness of treatments and people’s quality of life being much better when they’re well-treated.

350 million people worldwide have experienced or will experience depression in their life, and to take the idea that effective treatment for it is something bad is just a shame.