The College of Psychiatrists of Ireland > Blog > Blog > 13 Reasons Why: Netflix show criticised for ‘sensationalising’ suicide 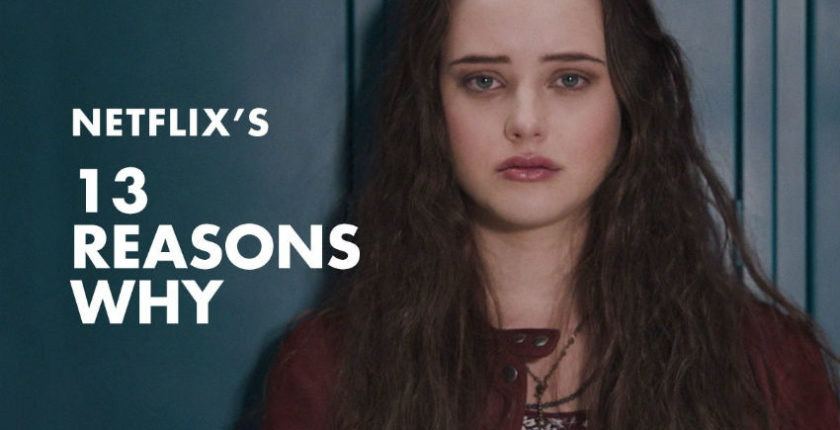 Netflix teen drama 13 Reasons Why has seen more social media activity than any other Netflix series and has undoubtedly had an impact on its viewers, but potentially not for the better.

It is reported that the series, while attempting to generate much needed discussion on suicide, presents some real red flags in its portrayal of a very sensitive issue.

The series, which is based on a book, depicts a young woman, Hannah, who takes her own life by suicide. In lieu of a note, Hannah leaves 13 cassette tapes, each addressed to 13 different people whom she felt were instrumental in leading her to the point where she felt she had no option but to take her own life.

Netflix and the show creators did point out that several mental health professionals were consulted and released a 30-minute show called Beyond the Reasons that delves deeper into the tougher topics portrayed, as well as a site with links to resources. Despite this the show has experienced widespread criticism from the media, viewers of the show, and suicide prevention and mental health organisations like the Royal College of Psychiatrists, Headspace, PleaseTalk, and ReachOut due to its ‘dangerous’ depiction and ‘sensationalised’ portrayal of suicide.

Firstly the show presents the viewer with very confronting and graphic messaging and imagery inclusive of suicide method and means. Many groups have found this highly problematic considering the large amount of research indicating that inappropriate presentations of suicide in the media, especially specific information about means or methods of suicide, may lead to imitative or ‘copycat’ behaviour. The World Health Organisation (WHO) publication Preventing Suicide – A Resource for Media Professionals states: “Vulnerable individuals may be influenced to engage in imitative behaviours by reports of suicide, particularly if the coverage is extensive, prominent, sensationalist and/or explicitly describes the method of suicide.”

Young people are particularly vulnerable to ‘copycat’ suicides and according to a recent briefing from the International Association for Suicide Prevention (IASP):

There is consistent evidence of the negative impact of detailed and graphic portrayals of suicide in terms of an increased risk of copycat suicides, especially among young vulnerable people…The graphic nature of reporting and the reporting of specific details of the methods involved can trigger copycat cases.”

The Samaritans media guidelines on reporting suicide also state that “a vulnerable person who might not otherwise have attempted suicide could strongly identify with a particular characteristic of a person who has died by suicide, and this may lead them to take their own life.“

Dr Helen Keeley, Consultant Child and Adolescent Psychiatrist and spokesperson for the College of Psychiatrists of Ireland, re-iterates this point:

I think that the main concern here is that it is very well known that excessive focus on methods of suicide are considered to be unsafe, as it has been shown to cause people who have suicidal ideation to try a more lethal method, with a resultant increase in deaths and potential to induce more. This is particularly a problem when the person who has died by suicide is well known or admired (Kurt Cobain is an example) and this extends to fictional characters i.e. the first time this issue was recognised was following an increase in railway suicides after Goethe published his novel Young Werther many years ago, in which the hero dies in this way.”

Most unsettling to many is the message of the series — intended or not — that while justice may be unreachable in life, it might be achieved in death. To show suicide as an effective communication strategy (“everyone will see how wrong they were/learn a lesson about how their behavior affects others”) is misleading and perpetuates a ‘suicide as revenge’ narrative which is both unrealistic and potentially harmful. Suicide is final and those who end their lives by suicide do not get to see the effects of their death or any supposed ‘resolution in suicide’.

The series itself also doesn’t show people what they can do to help prevent a death by suicide. As MollyKate Cline writes in Teen Vogue, “the audience is shown what not to do without examples of what they actually should do.” The realistic portrayal of mental illness in television and movies can be an effective way to reduce stigma around psychiatric issues but it can be problematic if those portrayals do not show how to help. According to Dr Helen Keeley, “recent reports indicate that very straightforward interventions regarding improving young people’s understanding of mental health can be very effective in preventing suicidal behaviour, including classes in schools.”

While there are many issues with the show some feel that it has initiated much needed discussion on many issues for young people which are normally depreciated. Naoise Kavanagh, Online Communications Manager for ReachOut.com, Ireland, spoke to Matt Cooper on NewsTalk’s The Last Word about this:

It’s such a high end production…along with a great soundtrack and they’re all beautiful young teenagers [which] makes it look a certain way, but at the same time all this contributes to glorifying suicide and a lot of events that contribute to it, you know, falling out with a friend is all high drama as opposed to being lonely and bored without your friend, all of these things are sort of blown up because it’s entertainment and it’s Netflix and you know it’s compelling binge watching…but I will say…it covers things that young people have to deal with, more often than not unfortunately, and it deals with it in an unflinching way and that’s the attraction for young people. It covers things like bullying and slut-shaming, sexual assault and rape, navigating friendships, popularity…and that’s glossed over a lot for young people and they are relative topics for them, so it is a good springboard to have those open and honest discussions.”

Criticism of the show should not be interpreted as a call for censorship of the media as it has an important role to play in raising awareness of suicide as a public health issue. Rather the backlash against the series should be interpreted as an indication that “media presentation of suicide should be done responsibly, and balanced against the public’s ‘right to know’ in order to reduce the potential harm confirmed by the evidence.” (Jane Pirkis et al, 2010).

Click here to view the National Suicide Research Foundation briefing to services on the series and guidelines for best practice in reporting suicide.

Below is information from Samaritans on suicide and how to help prevent it.

Suicide is a very complex issue and often there isn’t one main reason why someone decides to take their own life. It can be the result of problems building up to the point where they can see no other way to cope with what they’re experiencing.

What are the signs of someone being at risk of suicide?
It’s not always possible to identify people who are going through emotional distress. However, some of the following signs may indicate someone is in poor emotional health:

Signs someone may need support
Sometimes people say things which might help you recognise they are struggling to cope:

How can I help someone who is feeling suicidal?
If someone is talking about suicide, always take it seriously.

You don’t have to be able to solve their problems but if you feel you can, offer support and encourage them to talk about how they’re feeling. Ask direct questions and don’t be afraid of frank discussions. Many people do want a chance to talk but don’t want to burden anyone around them.

Supporting someone in distress can be distressing in itself. If you’re helping someone who feels suicidal, make sure you take care of yourself as well. If you need to talk about how you are feeling, please feel free to call Samaritans whenever you need.

Contact Samaritans
If you can, try to encourage them to contact us directly by calling Freephone 116 123 (24 hours a day, 365 days a year) or emailing jo@samaritans.org , as this will put them in more control of when and how they talk to us.

You can also ask Samaritans to contact them, they can tell the person that you asked Samaritans to get in touch, or keep you anonymous if you prefer.

If you or someone you know needs help on any of these issues click here for more information on how to contact the Samaritans.